Presented
is a carefully handcrafted full rigged model of the Scottish Clipper ADINO with a varnished Mahogany hull, deck and spars.
This three masted full rigged ship was  made by a model maker using the plank on frame method of construction. Each
handmade  plank is fitted to the curves of the hull and held in place by a small brass nail. A tedious and time consuming
task. At the bow stands a graceful figurehead of a woman dressed in a flowing gown painted in gold. The ship’s
name is painted on both bows and the stern carries the name and home port. Being a full rigged ship, the rigging is a complex
array of running and standing rigging which took many hours to complete. From the large size windlass on the foredeck
to the steering station aft, the model maker paid attention to detail such as the pin rails at the base of each mast.
The hull rests on a contemporary wood stand which is a recent replacement. The model maker carefully followed what is
known about a clipper ship’s design making a beautiful display. 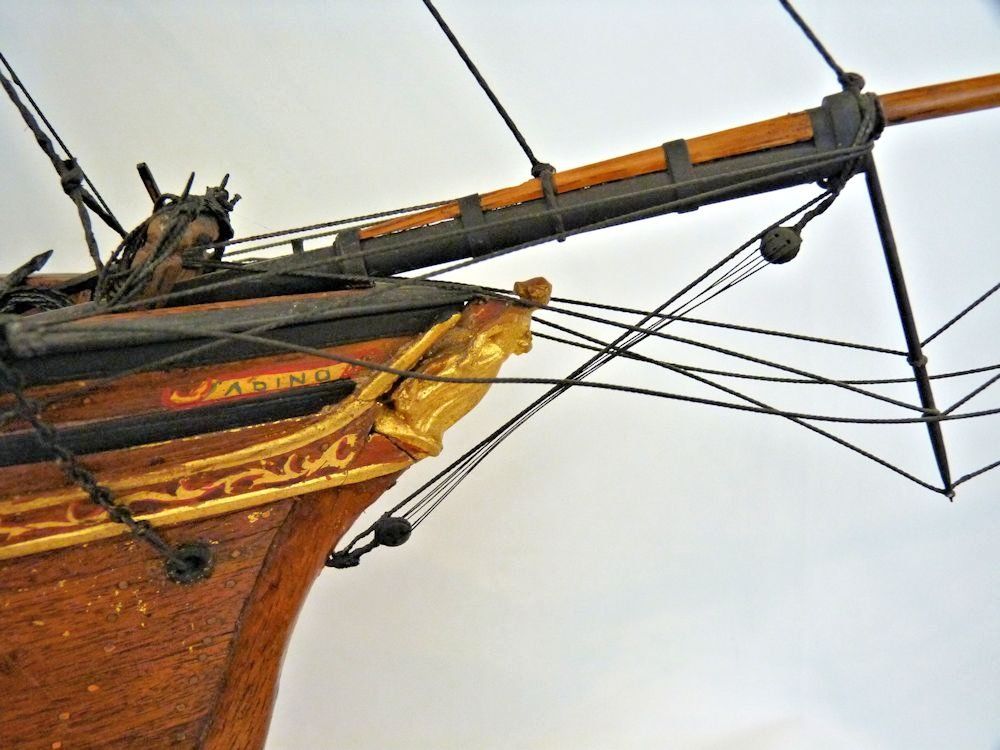 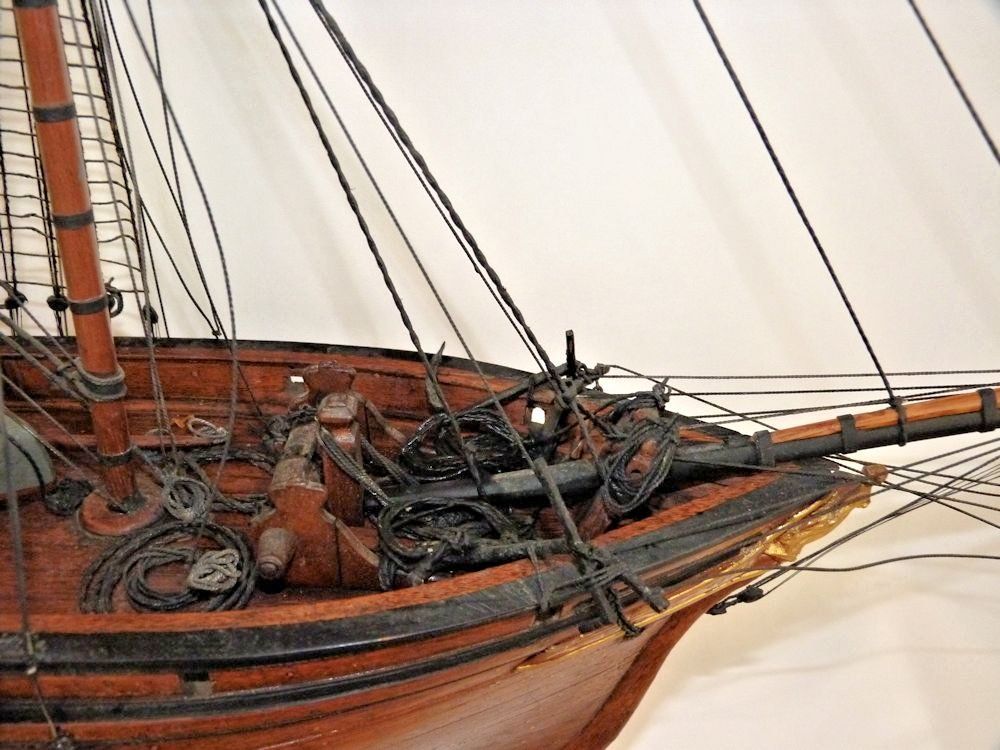 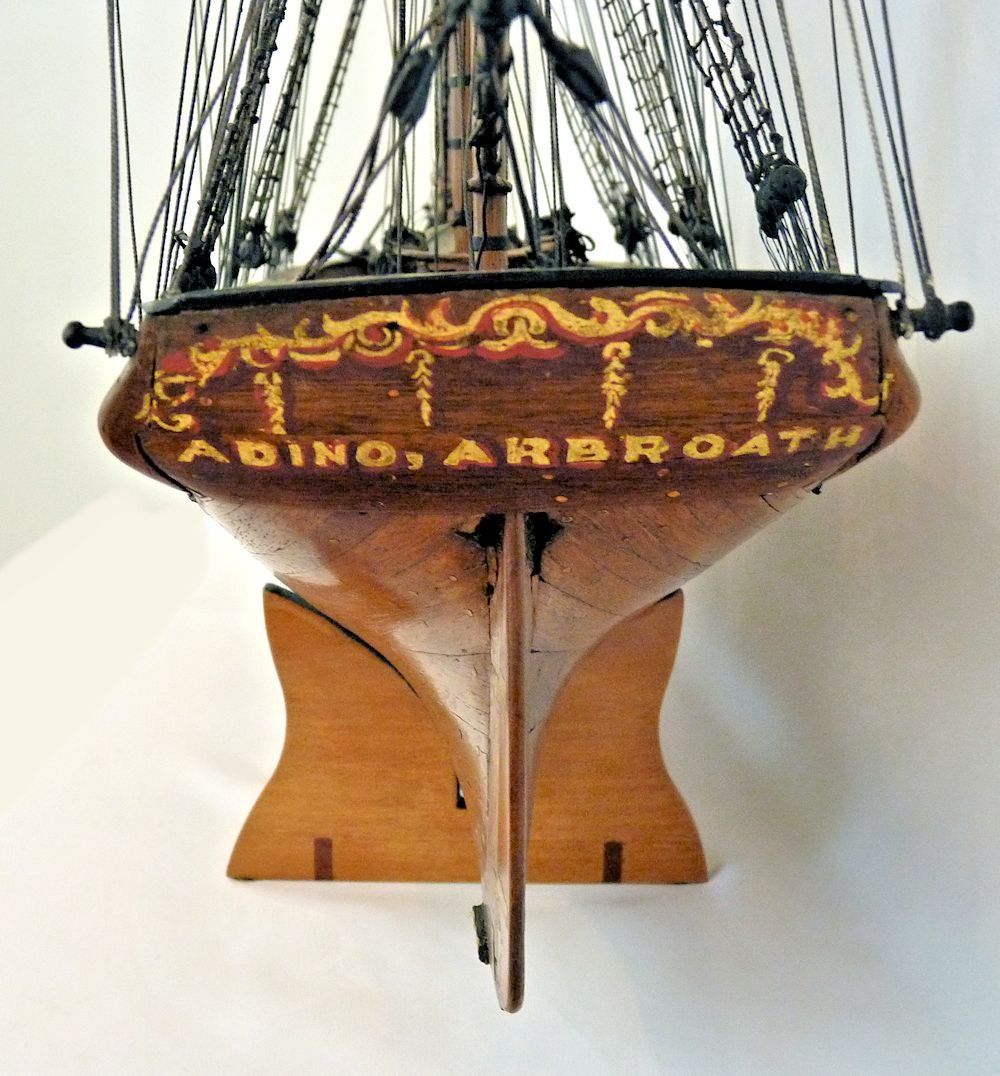 A gold figurehead graces her bows. Next is pictured the
large windlass and then the transom THE
SHIP ADINO: Built
in Arbroath, launched June 1840; material pitch-pine,
(on Lloyds register (A1 classified) until 1855 or so; when she may have been sold abroad, or possibly wrecked, or scrapped) Port of
Registry: Dundee, then London
GRT= 219/228 tons

PROVENANCE:
Purchased in England around 1985 from a tony London antiques dealer by the patriarch of a distinguished American family
listed in Forbes 400. Sent to the U.S. where it was on display in a private dinner club for many years.

Behind the bowsprit
and dolphin striker, the stem has an ornately carved queenly figurehead. On deck aft of the foredeck and bowsprit
is the foremast, and then a forward hatch midships with the ship’s boat above. Then a straight run to the quarter
deck where the mizzen mast stands, and last aft the steering station which is at the very stern. 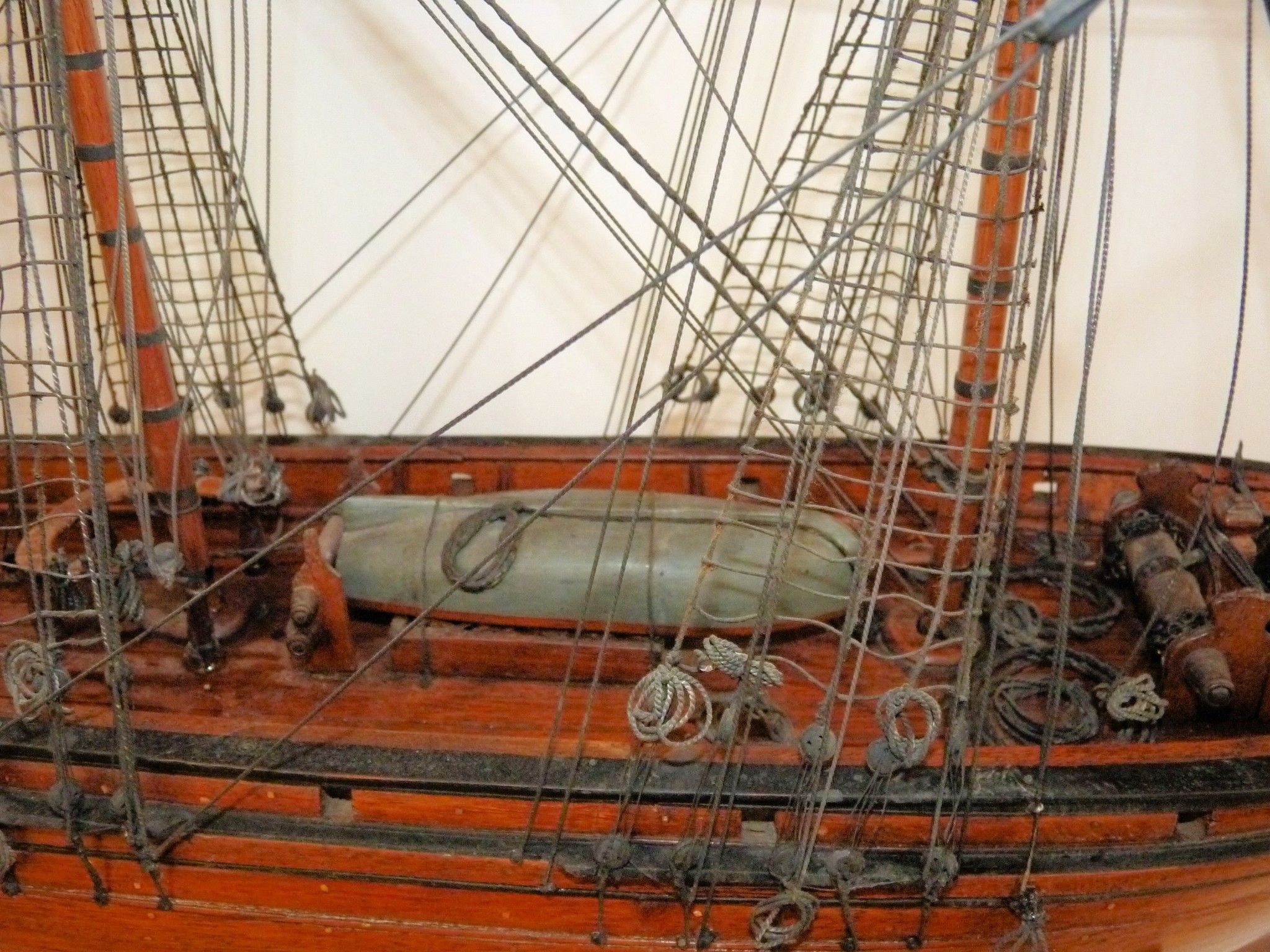 ARBROATH: or Aberbrothock
(Scottish Gaelic: Obar Bhrothaig, is a former royal burgh and the largest town in the council area of Angus in Scotland, and
has a population of 23,902. It lies on the North Sea coast, around 16 miles (25.7 km) ENE of Dundee and 45 miles (72.4 km)
SSW of Aberdeen. While there is evidence for
settlement of the area now occupied by the town that dates back to the Iron Age, Arbroath’s history as a town begins in
the High Middle Ages with the founding of Arbroath Abbey in 1178. Arbroath grew considerably during the Industrial Revolution
owing to the expansion of firstly the flax and secondly the jute industries and the engineering sector. A new harbour was
built in 1839 and by the 20th century, Arbroath had become one of the larger fishing ports in Scotland. The town is notable as the home
of the Declaration of Arbroath, as well as the Arbroath Smokie.[4] and its football team Arbroath FC holding the world record
for highest number of goals in professional football match 36-0 against Aberdeen Bon Accord in the Scottish Cup in 1885. 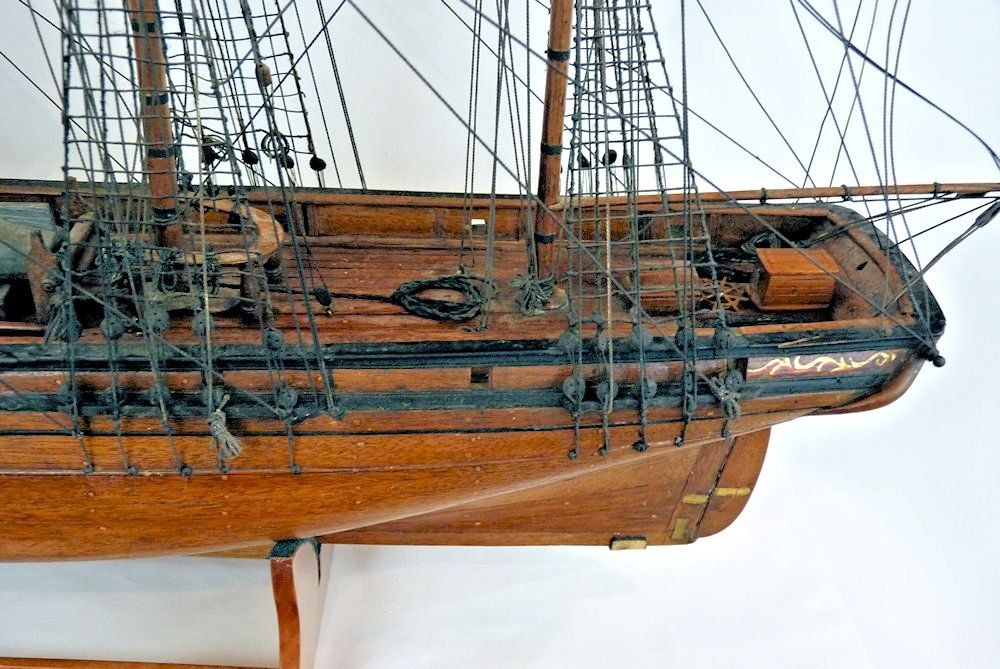 This is a nicely made model of a British Clipper Ship of the Golden Age of Sail and makes a worthwhile gift or decorating display.

From stem to stern looking down on the deck