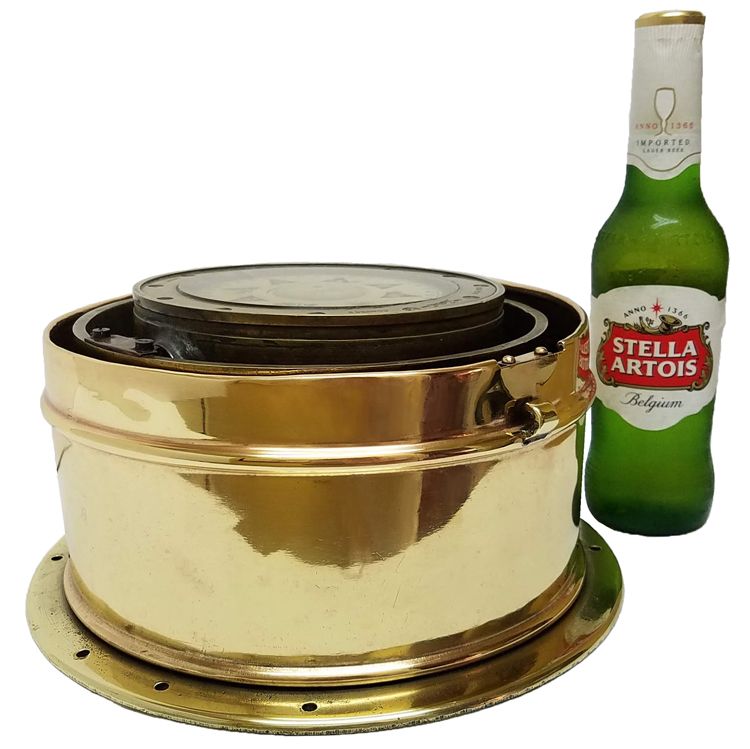 Presented is the famous “Dead Beat” compass by Henry Brown/Sestral. It was specially made for Capt.O. M. Watts. We have not been able to identify Capt. Watts, but the serial number of this piece is No. 2324 N. The compass is housed in a heavy brass binnacle base. The binnacle top has been lost to time, but we feel that this handsome and famous compass in the base as it stands makes a fine presentation. Manufacturer’s History: The Henry Brown factory was located at Wakering Road, Barking, Essex, and they had an office at 71 Leadenhall Street, London,which opened in 1947. By that time, their product line included Nautical Instruments, Compasses, Clocks, Binoculars, Telescopes, Thermometers, Sounding Apparatus, Aircraft Instruments, Signaling Equipment, Meteorological Instruments, Barographs, Thermographs, Aneroid Barometers, Sextants, and Yacht Equipment. During WW II, their “Dead Beat” compass was fitted to most Royal Navy ships through the 1970’s.

Around 1975, as part of the industry wide consolidation taking place in the marine instrument and equipment business, the assets of Henry Browne were purchased by Lilley & Gilley who continued this compass under the Sestrel brand for a number of years. The Sestrel operations were sold more than once. Today, there are reproductions on the market and out right fakes. But even the best of the reproductions, like those made by SIRS Navigation Company in the UK, do not have the fine quality of those made by Henry Browne & Son and later by Lilley & Gilley under the Sestral brand. 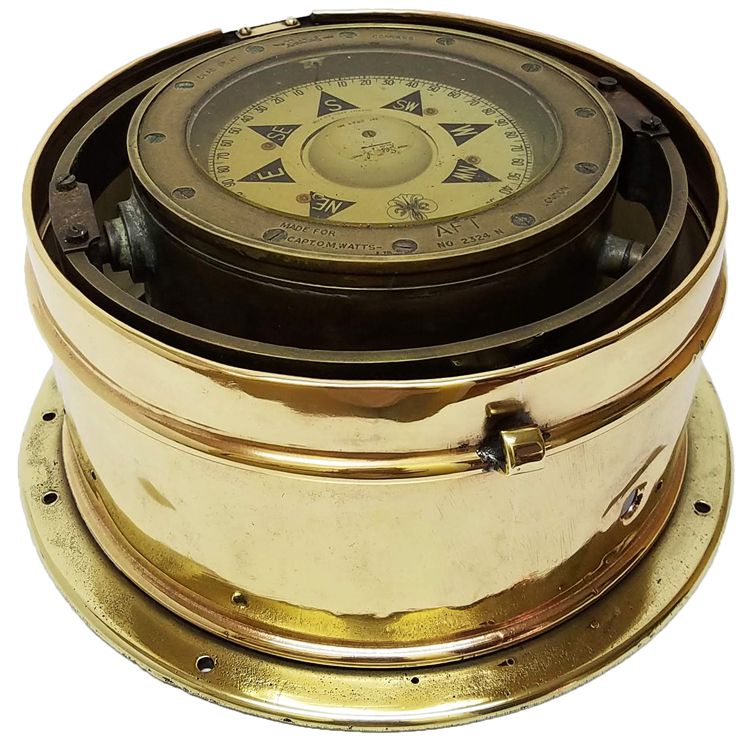 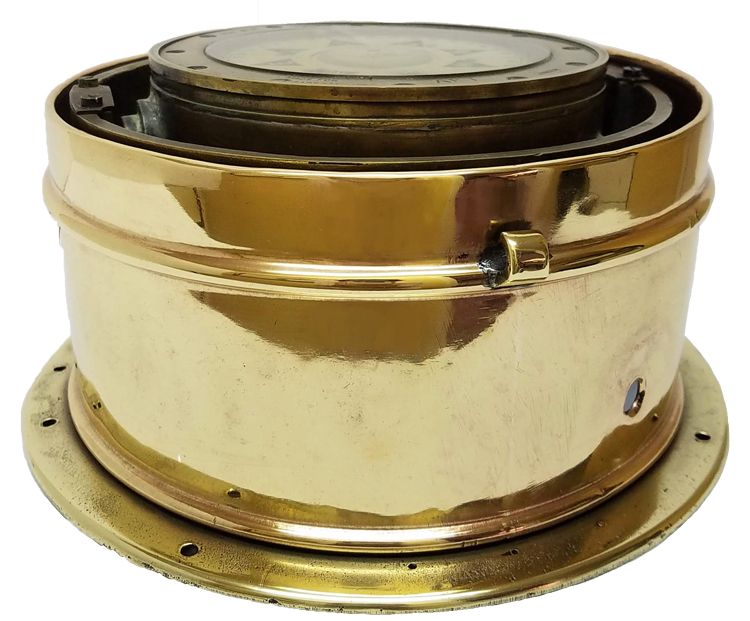 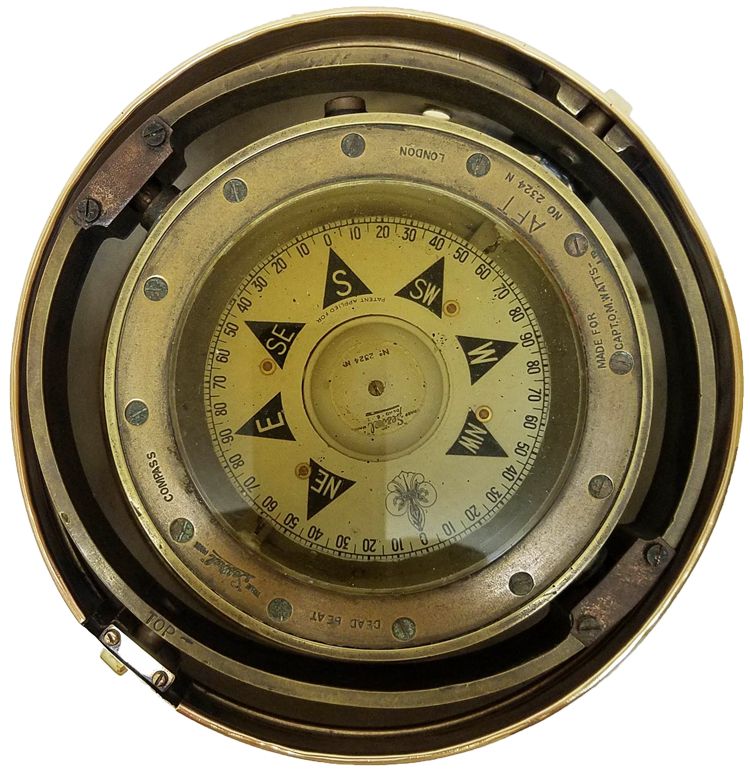 North is identified with a fancy Fleur des Lis, and has Sestral and the serial number printed around the center point, as well as the outer ring. The outer ring of the compass card is graduated compass points. The larger subdivisions are in Cardinal Points, N.S,E,W, and quarter points, NE,SE,SW,NW, and the numbers in 10 degree intervals.
CONDITION:
This is a beautifully made Sestral  Dead Beat compass/binnacle of bronze and brass construction. The outer case shows some small dents. The liquid in the compass shows minor debris and small bubbles when heavily agitated. The brass binnacle base has been polished and lacquared for dramatic display.. The compass works properly. 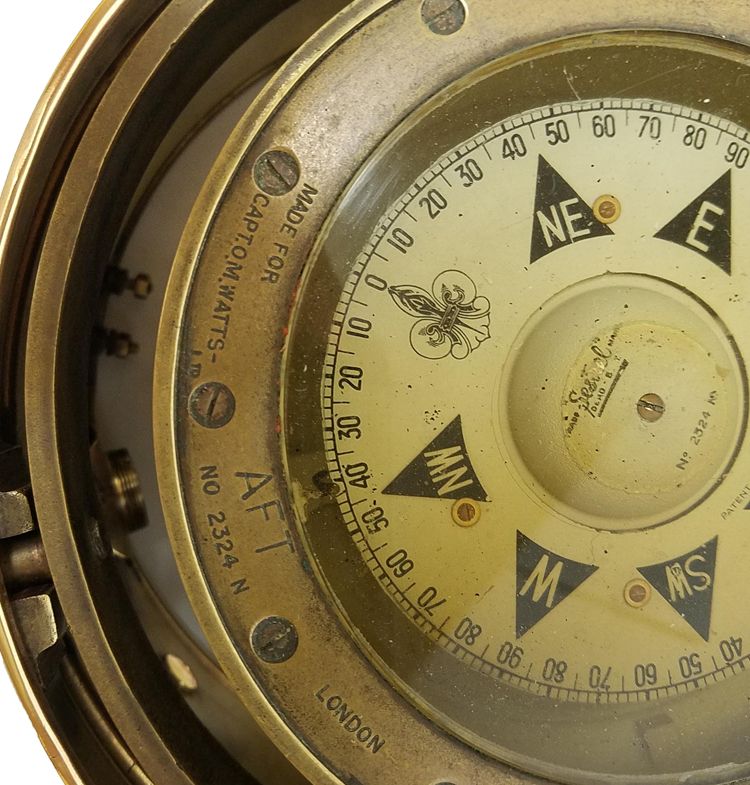 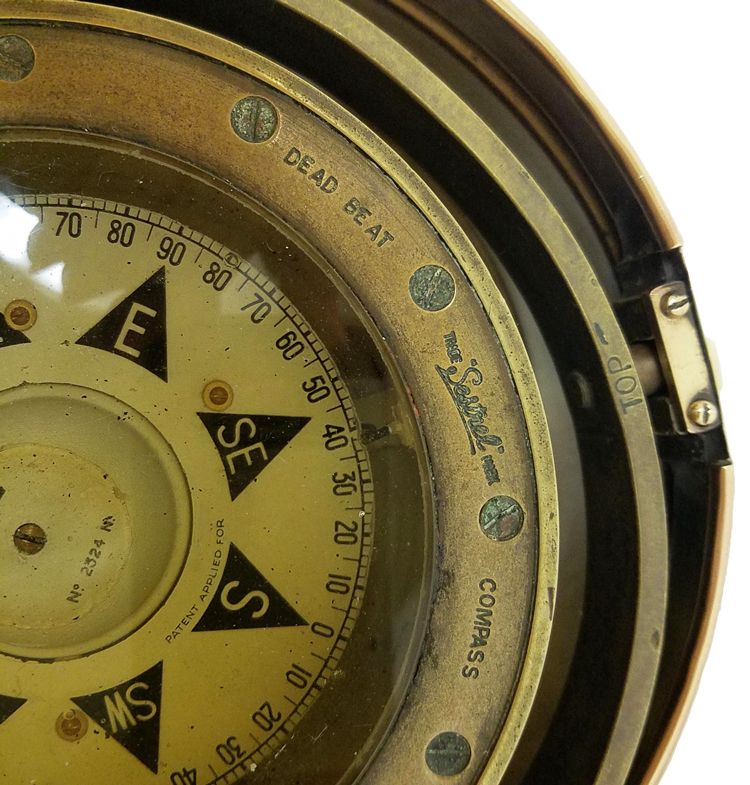 Detail views of the compass