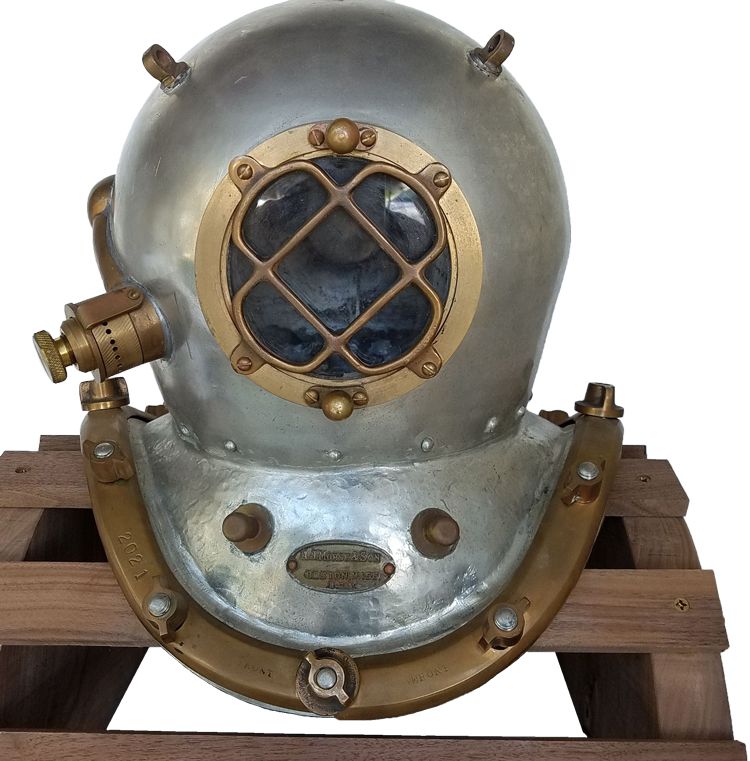 Presented is a unique single light 12 bolt riveted diving helmet with an A. J. Morse & Sons tag. It has the number 2021 etched in a couple of places, and the helmet appears to be assembled from regular dive helmet components. The bonnet, which appears to be a Morse 24 or 31, has been riveted onto the breast plate and then soldered together. It appears to be hand done and perhaps outside a helmet manufacturing facility where more precise work would have been accomplished. The breast plate is hand hammered, and the helmet painted with a silver metallic paint. The front port window screws off, and one of the knobs on the front port window is loose.This is a very unusual helmet, and for someone looking for a helmet much out of the ordinary. It could have been made to order for someone, although there is no indication of actual use. 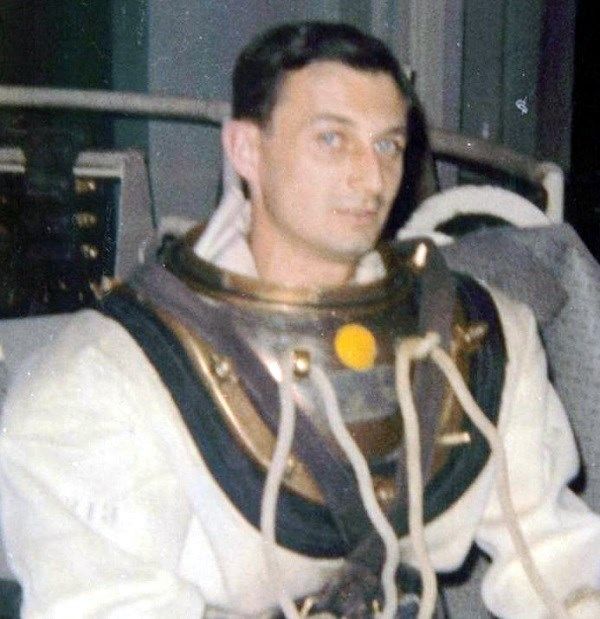 The previous owner of these fine helmets was Pete Berdzar, a Navy diver who worked much of his career out of Point Loma and the Marshall Islands where the Navy was mothballing and disposing of ships and performing salvage operations. After active duty, he continued to be involved in Naval operations. It appears that most of his career was with the 7th Fleet in the Pacific. At one point, he was involved with a program training sealions and dolphins to retrieve ordinance and perform other duties. He also worked out of the Naval Air Weapons station at China Lake, CA, and did some flight training at Miramar. His collection of over 40 dive helmets included a number of Mark Vs, along with the ones we are offering.

CONDITION:
The front port screws off, and the exhaust valve wheel turns. The air passage is in the form of a single duct. The chin button is in place and functions. There is no indication that the helmet has seen any use. The number 2021 is etched on the outer ring of the front port and on the brailes. It is, in fact, a handsome piece, and possibly divable with the proper certification. 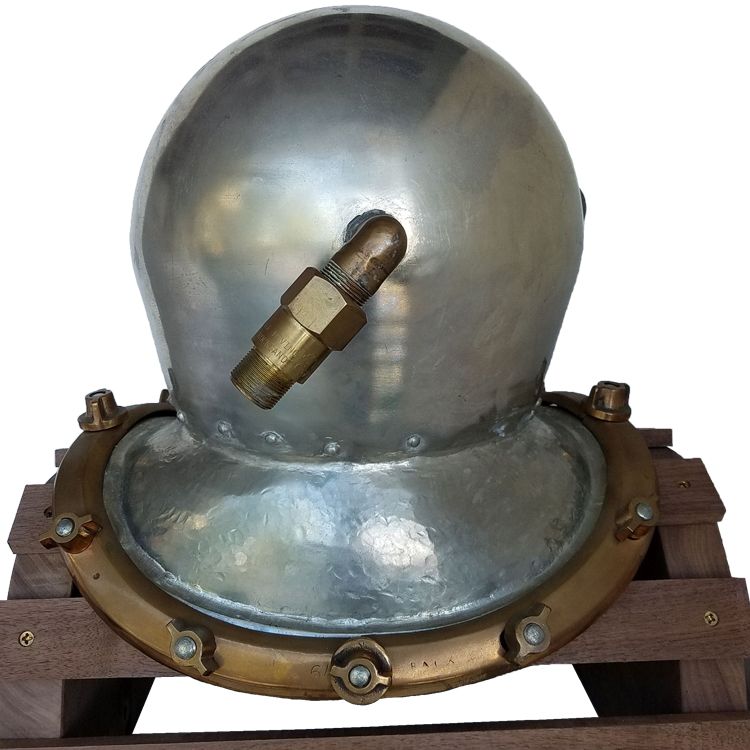 This picture shows the back of the helmet

BRIEF HISTORY OF MORSE DIVING: In the arena of deep sea diving, there are few companies with the longevity and history of Morse Diving. The company was founded in 1837 as a Boston maker of brass ware, three years before Englishman Augustus Siebe manufactured its first closed air dive helmet. During the Civil War, the firm commenced building maritime fittings and began experimenting with early underwater hardhat designs from Siebe-Gorman and other pioneering makers. In 1864, Andrew Morse bought out his partner, introduced his sons into the business, and began to focus on creating new products for underwater salvage expeditions. In 1904, that firm became A. J. Morse and Sons, Inc., under which name it continued until 1940. Then the name Morse was re-incorporated as Morse Diving Equipment Company, Inc. Finally in 1998, the company changed owners, and became Morse Diving Inc. under the leadership of Ken & Donna Downey. New partners were added in 2014.