Skip to content
Menu
Menu
Menu
MADE IN THE SECOND YEAR OF U.S. NAVY PRODUCTION 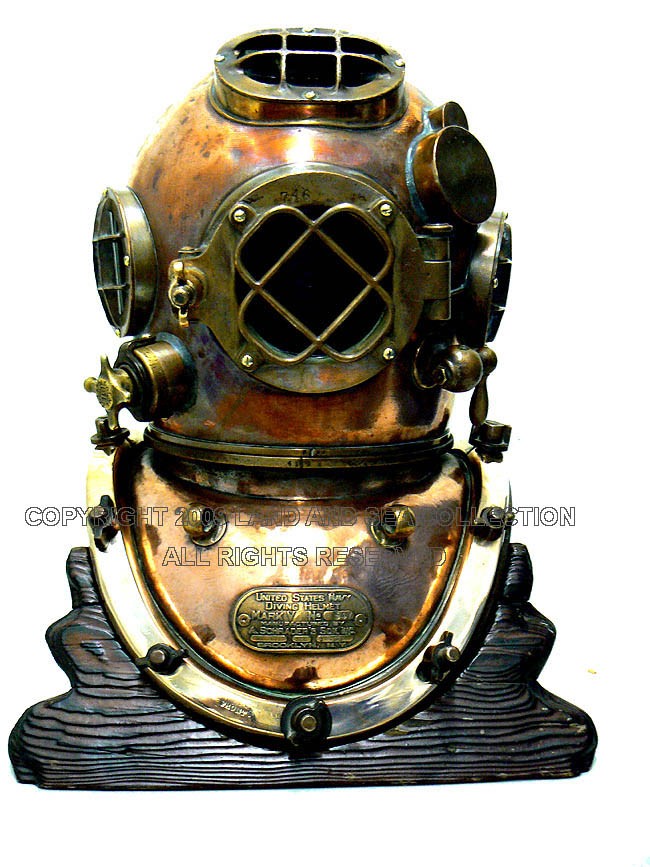 Presented is one of the first mil-spec MK V helmets made for the U.S. Navy. It is an authentic
12 bolt, 4 light Schrader Navy MK V dated December 3, 1918. It is guaranteed to be the real McCoy and has been
handed down in the same family for the last 40 years from father to son, both of whom were divers. As can be seen in the images,
even though it shows use, the dents and blemishes are all minor, and are primarily on the top. The helmet was polished some years ago, and has acquired a pleasing patina of age. 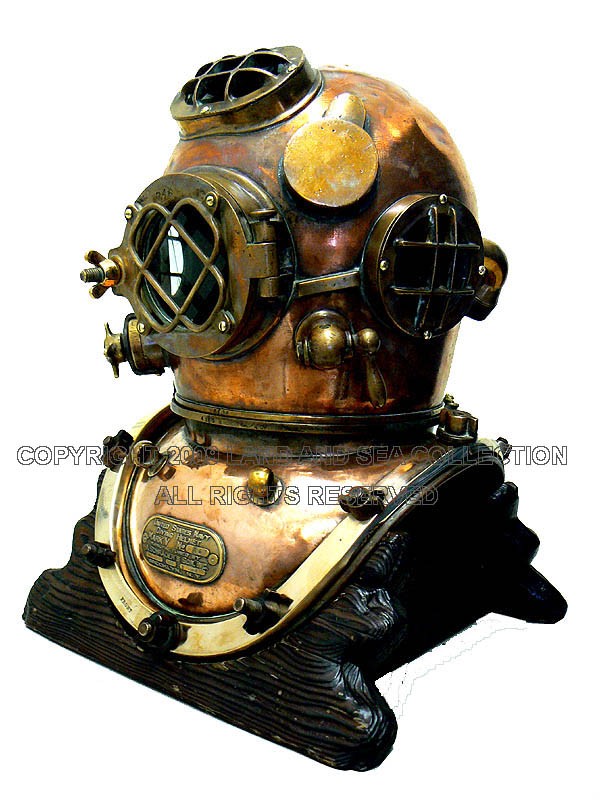 CONDITION and MARKINGS: The
helmet is complete except for the communication wiring harness and internal speaker, and non-return valve, all of which are
missing. The right sidelight is cracked and the left sidelight has a chip at the lower edge. The left front brail is a recent
replacement. The air vents are all intact. The right side chin relief valve, spit cock handle, front door wing nut, all
turn easily. There are marks and dents of use, but these are primarily on the top.

Like all old diving gear, this is being sold for DISPLAY ONLY. It should not be dived without having passed inspection
by a certified dive shop and the glass replaced

HISTORY OF SCHRADER DIVING: Schrader is one of the oldest names in
U.S. diving, second only to Morse. The founder, August Schrader was a creative and inventive German immigrant who originally set
up a shop dealing in rubber products in New York City, NY.

In 1917, the United States Bureau of Construction & Repair introduced the MK V helmet and dress, which
then became the standard for US Navy diving until the introduction of the MK 12 in the late nineteen seventies. Schrader and
Morse Diving were the two original suppliers.

BRIEF HISTORY of NAVY MK V DEEP SEA DIVING DRESS:
In 1915, George Stillson, of the Bureau of Construction and Repair had designed the MK V Diving
Helmet which seemed to address many of the problems encountered in diving. This deep-sea outfit was designed for extensive,
rugged diving work and provided the diver maximum physical protection and some maneuverability.
The 1915 MK V Diving Helmet had an elbow inlet with a safety valve that allowed air to enter the
helmet, but not to escape back up the umbilical if the air supply were interrupted. Air was expelled from the helmet through
an exhaust valve on the right side, below the port. The exhaust valve was vented toward the rear of the helmet to prevent
escaping bubbles from interfering with the diver’s field of vision.
By 1916, the  first year of production, several improvements had been made to the helmet, including
a rudimentary communications system via a telephone cable and a regulating valve operated by an interior push button. The
regulating valve allowed some control of the atmospheric pressure. A supplementary relief valve, known as the spitcock, was
added to the left side of the helmet. A safety catch was also incorporated to keep the helmet attached to the breast
plate. The exhaust valve and the communications system were improved by 1927, and the weight of the helmet was decreased to
be more comfortable for the diver.
After 1927, the MK V changed very little. It remained basically the same helmet used in salvage operations
of the USS S-51 and USS S-4 in the mid-1920’s. With its associated deep-sea dress and umbilical, the MK V was used for all
submarine rescue and salvage work undertaken in peacetime and practically all salvage work undertaken during World War II.

The MK V Diving Helmet was the standard U.S. Navy diving equipment until succeeded by the MK 12 Surface-Supplied Diving
i 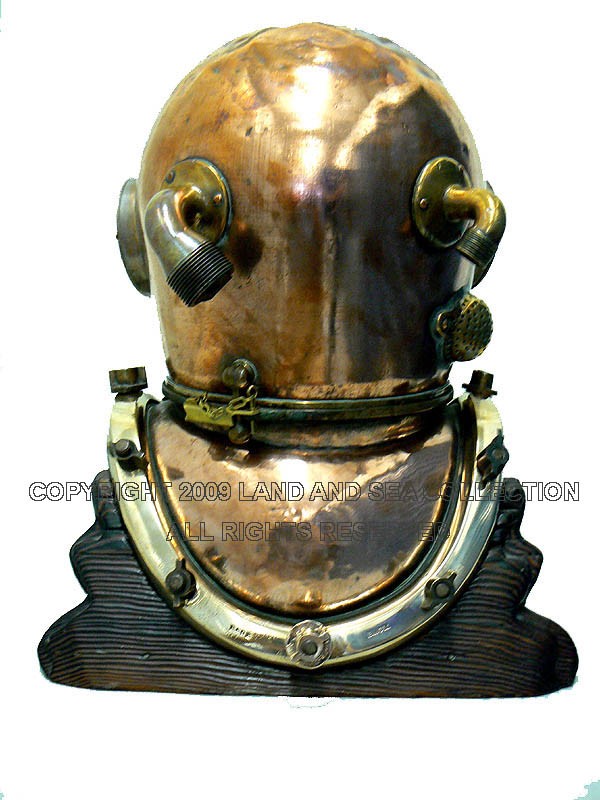