Early 20th century telescopes are becoming increasingly difficult to find in good original
condition, particularly from a pedigreed instrument maker like Negretti & Zambra!
Presented is a very large, high quality, British Naval pattern, single draw
telescope from one of the Admiralty’s best know makers, Negretti & Zambra. It was made for use by a British Royal Navy
Officer, L. S. Andrews of which no further information is known.

CONDITION: Admiralty pattern, single draw telescope of
brass or copper. Pleasing patina of age. The movable sun shade forward has a few dents as would be expected. The 40mm objective
lens is uncoated, but in good condition. The focus which is sharp and clear. The sliding sun shied is to reduce glare at sea.
Both lenses are free of fungus. The leather covering is complete with as slight wrinkle at where it joins together.

Enrico Negretti and
Joseph Zambra started their company in 1850, which was run by them and their descendents until after going public in 1948
there is no mention of their activities after 1964. They had shops firstly on Regent Street and later on at Holborn Viaduct,
London, England. The company was successful from the start, winning a medal for meteorological instruments at the Great Exhibition
in 1851 and counting among their customers the Astronomer Royal, Prince Albert, the Royal Observatory and Admiral Robert Fitzroy.

In the early days they specialized
in barometers and thermometers, particularly those required for taking deep sea and atmospheric measurements, which until
their instruments were available were
not very reliable.
They continuously added to their range of products all types of measuring gages, and instruments which included,
but was not limited to
telescopes, sextants, gun sights, theodolite and similar optical instruments. During the 1914/1918 war the firm was almost entirely engaged on work for the Ministry of Munitions on the production
of various instruments. When the war ended it was decided to give up the manufacture of all optical instruments and to concentrate
on the production and development of Industrial and Aeronautical Instruments.Their association with the British Air Ministry started in 1920 when they
developed a thermometer for taking the temperature of aircraft oil and air. During World War II, N&Z expanded substantially to meet the demand for instruments for aircraft and war planes in particular. Their aircraft instruments were also produced under license
to the USAAF. No record was found of when and why they went out-of-business.

This is a fine example of a genuine antique
marine telescope which was made prior to 1918 when the company discontinued making telescopes.

OUR UNCONDITIONAL NO NONSENSE
GUARANTEE: If not completely satisfied with your purchase it may be returned within five days of receipt
in its original packaging if without damage. Return items must be insured for their full value. Only a prior email authorization
from us for the return is required. Shipping charges are included in this offer within the continental United States if an
error is due to our fault. 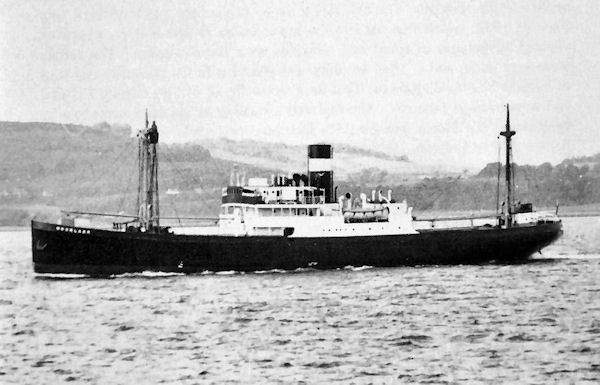 MARKINGS: All in
Copperplate font.

CONDITION: Admiralty pattern, single draw telescope of brass or copper. Deep dark rust colored
patina of age. The barrel has a few dents as would be expected. The large 45mm objective lens is uncoated and has a tiny
chip on the exterior. It does not affect the focus which is sharp and clear. There is a sliding sun shied to reduce
glare at sea. There is no dust cove. The ocular lens has a sliding cover, but it is frozen.  Both lenses are
free of fungus.

REYNOLDS & Son Ltd, LONDON E.C.3′ was
a long
standing instrument maker to the Admiralty, and was originally established in 1880.

Dobbie McInnes Co. traces their roots back to the turn of the century when shipbuilding
on the Clyde was thriving. They were appointed as ‘Instrument Makers and contractors to the British Admiralty’
producing chronometers. Offices were in South Shield, London, Glasgow & Liverpool.They also made Dobbie McInnes steam
engine indicators from 1903 until 1921, and then again from 1937 until the late 1950s. 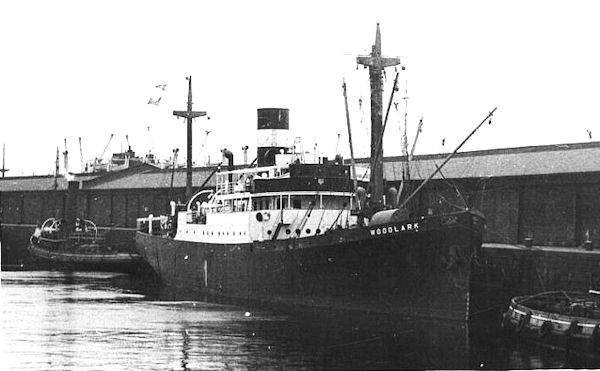 The General Steam Navigation Co Ltd had its beginning in 1821 and its growth was rapid in international
ocean trade through much of the 19th Century. It began to be negatively impacted by the increasing competition of railroads
and the loss of its cattle transportation business due to the plague and laws prohibiting their transport at the tail end
of the century. Early in the 20th Century the company consolidated its London river,excursion trade and acquired a fleet of Norfolk
wherries. They also began to develop its wharfing interests  in London.At the end of WWI the company expanded
its interests in several fields but larger companies which made them a takeover target. In 1920,  it was taken over by
the P&0 Company. In turn, G.S.N. acquired several other small companies. Although wholly owned by the larger company,
the G.S.N. Company led a largely autonomous existence until 1971. In this year the P&0 Group, as it had now become, reorganized
its subsidiaries and the old G.S.N. Company became a part of P&0 European and Air Transport Division. See L. Cope Cornford,
‘A Century of sea trading’ (London, 1924); H.E. Hancock, Semper Fideles: ‘The Saga of the Navies’ (London, 1949).

THE
CONSOLIDATION HISTORY: John Lilley & Sons started business making nautical instruments
in 1812. Almost 100 hundred years later in 1911, John Wilson Gillie invested in the company and it changed its name to John
Lillie and Son, Ltd. John Lilley and Son had been the sole London
agents for Sir William Thomson, Lord Kelvin, but this association ended in disagreement.  In 1913 Lilley and Gillie merged, and
after this date instruments manufactured by the two companies bore the name John Lilley and Son Limited of
London and North Shields.

During the 1930’s many of
the London nautical instrument makers were in difficulties, including John Lilley and Son Limited and Reynolds
and Son, Dobbie and Clyde Limited, and Mr. J.W. Gillie arranged an amalgamation
between these two companies. The new firm became Lilley and Reynolds Limited.

In 1943, started a period of mergers,
consolidations and dispositions of many companies related directly and indirectly with the original Gillie and Lillie of North
Shields. In 2001, the surviving company became the largest part of the Charente Group and subsequently acquired the operations
of Thomas Walker & Son, Ltd, in 2002 and in 2004 it bought a 50% interest in PC Maritime a digital chart maker.

Overall, it is a fine example of
a genuine antique marine telescope with a documented history tracing the British Maritime Industry in the early
20th Century. It should make a wise investment.