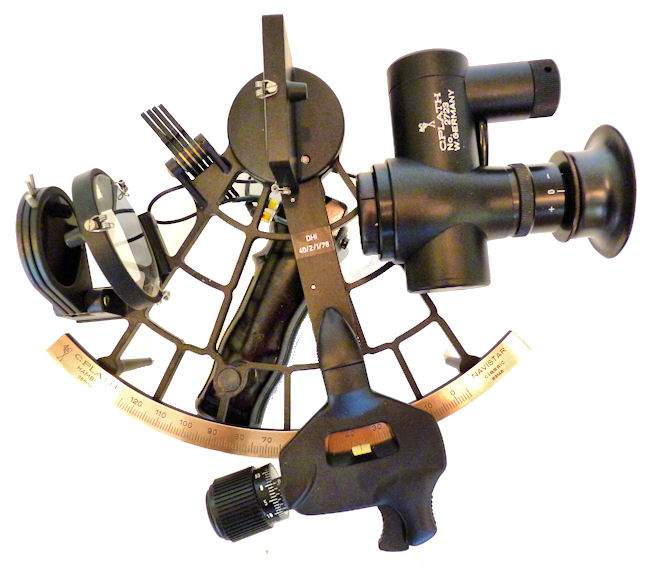 We are the premier source for all versions of the Plath Navistar premium sextants and have sold more than any other dealer in the world!

We have sold numerous examples of the Plath Navistar Classic and it derivatives through the 1991 version which had a rectangular whole horizon horizon mirror and was made just before Plath sextant production ceased. Of this group, we have seen none in combination with a whole horizon mirror and a bubble horizon with a 4 x 40 star scope. The mirrors fitted are also 2 mm larger than on any other we’ve measured. Based on personal inspection we conclude
it was purchased by someone demanding only the finest and then never used. Consequently, we classify it as in flawless “Collector Quality” condition. This is the 19th Navistar we’ve offered. In our opinion, they are the finest of the contemporary sextants. They will be equally desirable at sea or in a collection of only the best, and should only appreciate in value.

C. PLATH ARTIFICIAL HORIZON: The early versions which date back to 1936 when Plath made the Admiral Cago Cuthino airship sextant, and before as Plath grew their CelNav business and set a standard of precise engineering and technical excellence. Through the course of WW II, this included stand alone bubble sextants and attachments such as the one pictured on the left below. During the War, and directly thereafter, these units had the ability to increase and decrease the size of the bubble to suit the bodies being targeted. After the War, the first bubble horizons had this adjustable feature, but it was an expensive feature that due to lessening demand and increased unit cost, resulted in it being eliminated along with other costly features in those that followed. 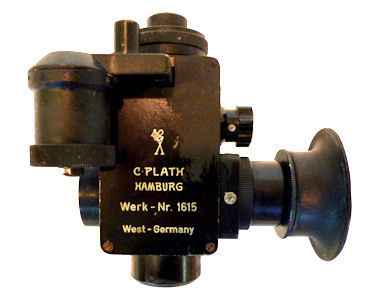 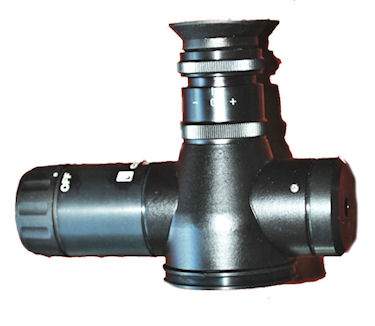 The unit being sold here which is pictured at the top of the page mounted on the sextant has the prestigious DHI approval label and most of the features of the WW II more expensive bubble horizons which include a 3 power scope with adjustable ocular lens that can function as the primary scope, the ability to center the bubble on the grid for more accurate sights, internal lighting and rugged heavy duty construction. A supplementary sun shade is included
and the internal light is adjustable. The Ca 1990 Plath bubble attachment was a low cost compromise and was introduced near the end of Plath’s involvement with sextants.
There is no instruction booklet, but the device is simple to use and provides an artificial horizon using paired cross-hairs giving a horizontal and vertical reference. The bubble is centered at the midpoint of the cross-hairs and the celestial body is brought into coincidence with the bubble’s center. The Plath Bubble Horizon is far superior to a normal artificial horizon which can only be used for objects with altitudes of less than 60 degrees and can not be used for twilight sights. This makes it ideally suited for land based training applications, for land navigation and for use at sea from ships large enough to be a stable platform. Interestingly,
in the 1970-80’s this device, in an earlier form, was issued to U.S. submarines for back-up celestial navigation. Ref. Dutton’s Seamanship & Navigation, 12th Edition, Article 2206, page 385.

CERTIFICATE OF ACCURACY: There are no papers with this instrument, but we have tested it thoroughly and can guarantee it is in perfect condition with ZERO index and side error. Based on our proprietary register of C. Plath instruments we can also date it by its serial number, 63145, as being made in 1983. 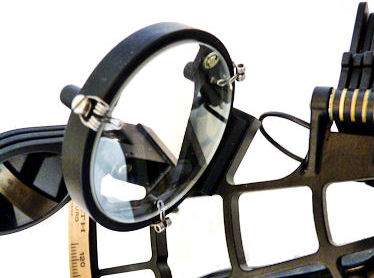 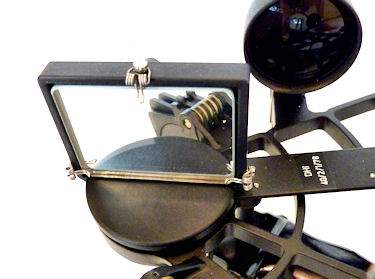 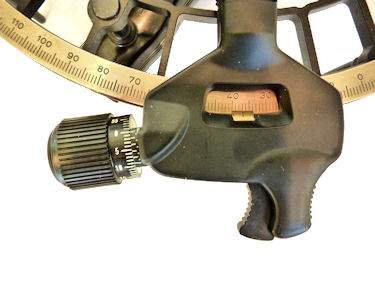 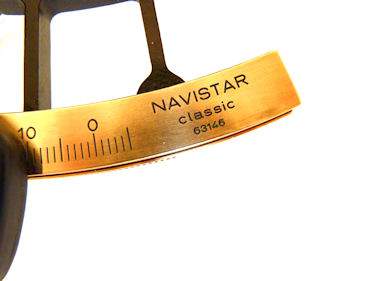 It has a flaming Mahogany wood case with energy absorbing green liner. The sextant sits in the case with its handle up, ready for use, a handy feature. On its index arm is the Deutche
Hydrographic Institute seal of approval. 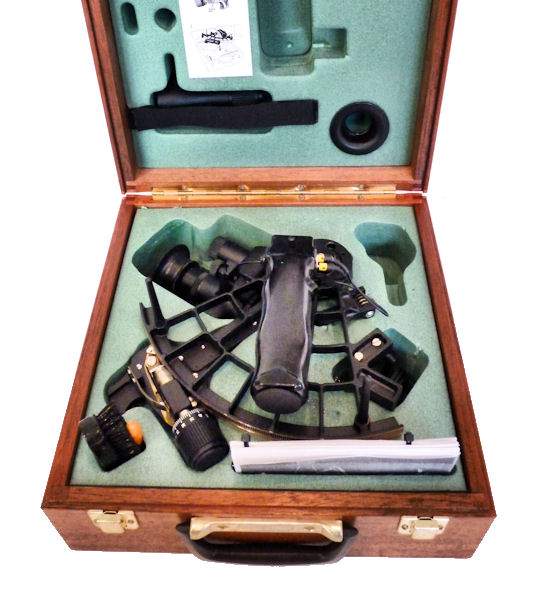 The Deutche Hydrographic Institute stamp of approval elevates it to the highest level because it indicates this instrument was tested by DHI, and found to meet the more stringent standards for commercial use. Hence, this sextant sold for more originally then
the regular Navistar Classic.

The Navistar Classic was the top of the Plath line and was made in limited quantities, and was manufactured with a guaranteed non-adjustable instrument error of 10 arc seconds or less. It sold for a premium over all its other sextants. For example, almost 30 years ago, they sold for over $1000.00, and as recently as 2001, the price had risen to $4000.00. 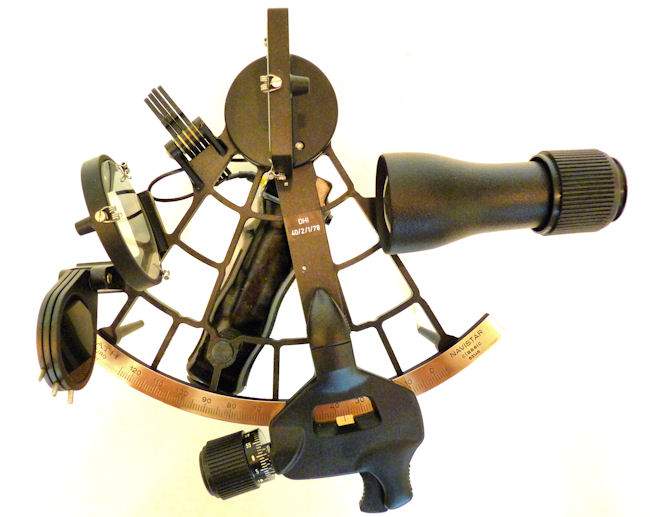 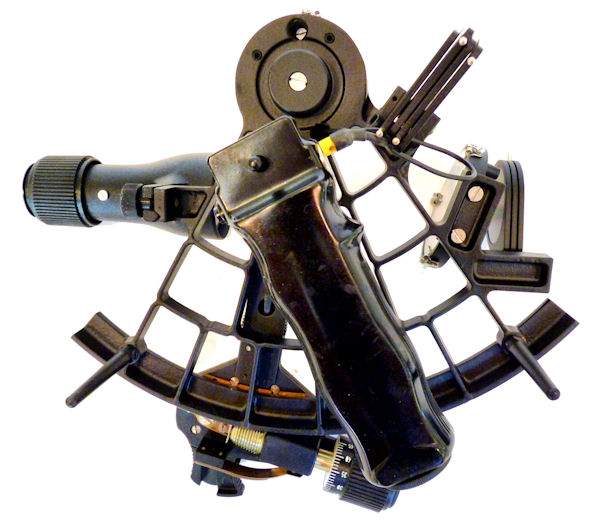 Don’t confuse this model with the similarly named “Navistar Professional“ which. in our opinion is the worst sextant made by Plath or the “Navistar Traditional“ which was made shortly before sextant production ended. That instrument has an error up to 20 arc seconds.

You can identify the “Navistar Classic” by these clues:
1. It has a special micrometer drum
2. The Navistar brand imprint on the arc.
3. The vernier has six indents and reads to 10 seconds of arc.
4. Comes with a fine wood case with a green absorbent liner,
5. And originally came with an instruction booklet, and Plath’s certification
with matching numbers. Some like this one have a label from the Deutche Hydrographic Institute dated 2/1/78 certifying them for commercial service. All these features are present with this instrument except the certificate, and the manual included is a photocopy.

For the seven year period from 1978 through 1985 only 1693 Navistar Classics were made. That is only 211 per year to satisfy worldwide demand. 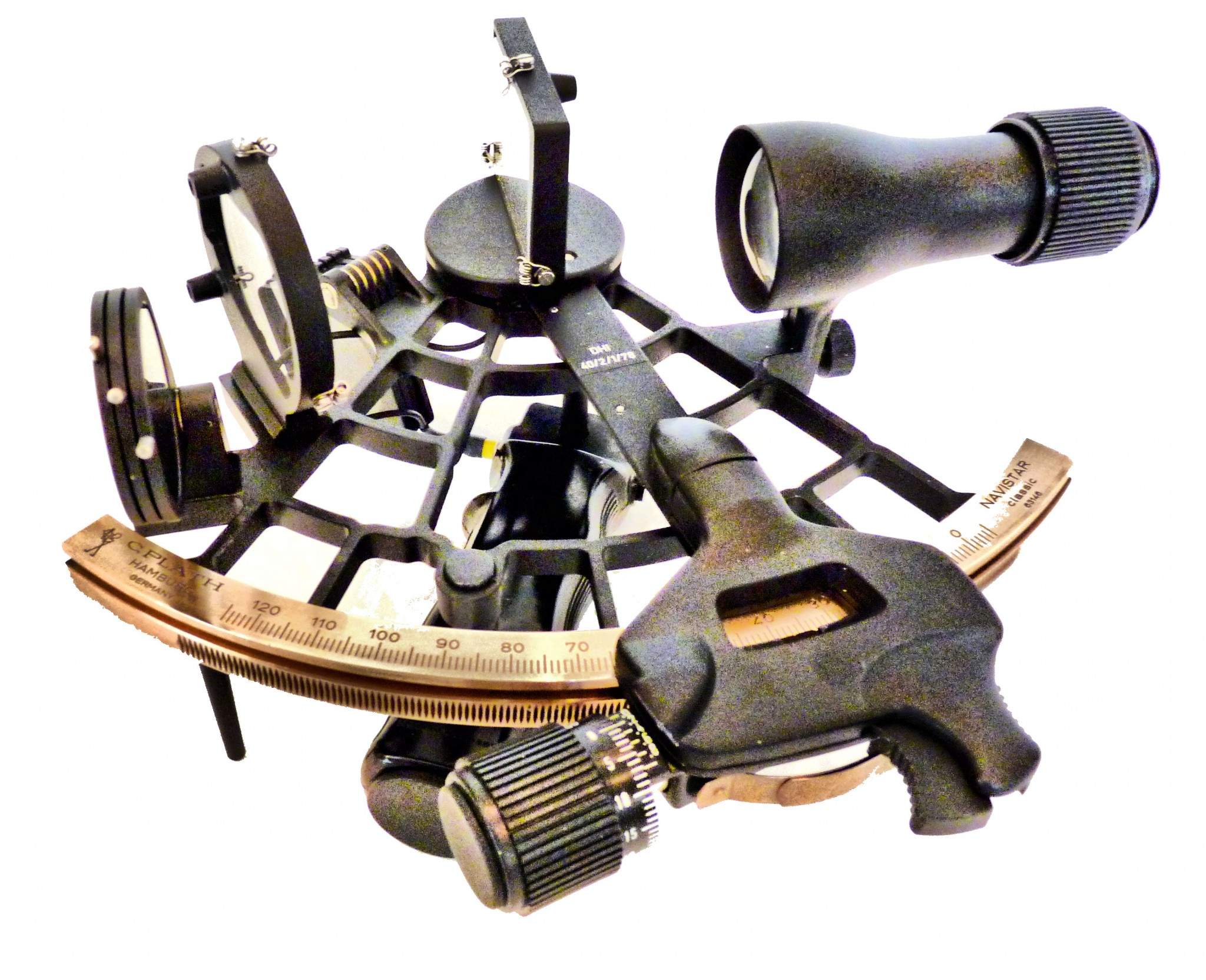 CONDITION: Appears to never have been used. Complete with originally fitted Plath whole horizon mirror and an artificial bubble horizon. These two expensive options are rarely seen. It operates like a well oiled piece of machinery, with NO faults even minor ones. Both mirrors shows as NEW. All the chrome hardware sparkles, and the illumination works. The bronze arc shows “as new”. All the paint is well bonded and looks fresh. There is no index or side error. There is no certificate which is not uncommon, and unnecessary in C.Plath sextants since the Navistar Classics were made to a tested accuracy of 10 arc seconds or less. For practical purposes this makes them error free in use. The flame grain Mahogany, no lock, case case has some minor scuff and other marks from handling, otherwise it to is perfect. Overall, it is one of the finest Navistar sextants we’ve ever oferred. 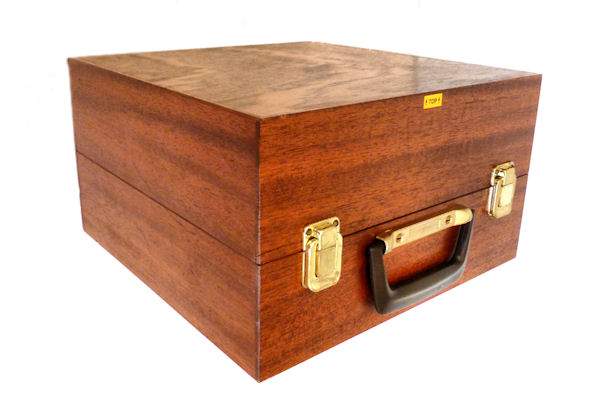 This C. Plath Navistar Classic requires someone who can appreciate the fine points of a sextant, and is willing to pay an appropriate price for this level of quality and excellence. It is suitable for a collector or for use at sea.

QUALIFICATIONS:
We are one of the few company’s still selling navigation instruments that know anything about them. For purposes of judging whether Joel’s opinion counts, he was the editor of the chapter on sextants of the 1977 Edition of “Bowditch”, The American Practical Navigator, NAVPUB 9; a member of the U.S. Naval Academy Navigation Symposium, 1975 -1978; the author of a book on
marine sextants, Cornell Maritime Press,1975, and the founding president of Nautech Maritime Corporation which partnered with Tamaya of Japan in the introduction of the MS 733 Spica, the MS 833, Jupiter, MS 933 Venus sextants and the famous NC-2 navigation computer, in the U.S. market. Joel is a retired Master Mariner, and held a U.S. Navy “D” Qualification as a Senior Skipper – Oceans. For six years he was a Varsity Offshore Sailing Team Coach at the U.S. Naval Academy.

Some of his memberships have included the: Association of Naval Aviation, Silver Wings, The Tailhook Association, Naval Academy Sailing Squadron, McCampbell’s Aces Squadron, Naval
Historical Foundation, and the Naval Order of the United States.

COMPANY HISTORY: In brief, Carl Plath started manufacturing sextants, in addition to other nautical products, in Hamburg Germany in 1862 though the purchase of the David Filby instrument company though the company’s origin dates back to 1837. As a result WW II, C.Plath was dismantled completely by the occupation forces. Around 1950, various prohibitions were lifted, and C. Plath was allowed to begin production again of sextants and other nautical instruments. Also in 1949, C.Plath was offered a gyrocompass patent and in 1951 the first gyrocompass designed to this patent was presented to the public. C.Plath
progressed from the role of instrument maker to that of a modern marine navigation equipment manufacturer. In the following years the product range was expanded by many more modern designs such as autopilots, speed logs, radio direction finders, etc.

In 1962 C.Plath was acquired by Litton Industries, a large American concern.The C.Plath North American Division was set up in 1978 in College Park near Washington. 1996 saw the introduction of the world’s first fiber-optic solid-state gyrocompass by C.Plath. The first ever gyrocompass with no moving parts. Sperry Marine was formed in 1997 with the combination of C.Plath, Decca Marine and Sperry Marine with more organizational changes yet to come. After 163 years, C.Plath changes its name to Sperry Marine in May 2000. In 2001 Sperry Marine becomes part of the Northrop Grumman Corporation. In the 1990’s Plath came out with a series of new sextant designs with overlapping designs and confusing names. They seemed to have lost their way. Shortly thereafter, C. Plath quit producing sextants. The parent company has completely liquidated everything including machinery, equipment and spare parts.