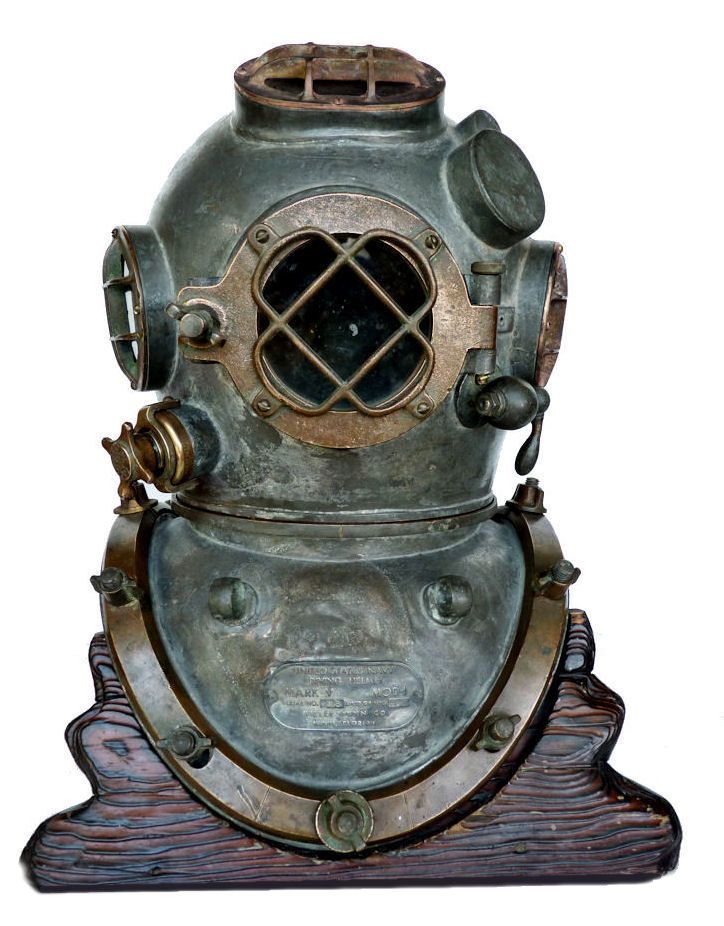 Presented is one of the very rare U.S. Navy Miller-Dunn MK V helmets with serial number 2XX out of the 1200 that were made during WW
II. It has about 95 percent of its tinning remaining which has turned a dark pewter with age. There are a few dents, and one
repair, but nothing exceptional, and some screws and a few nuts and minor parts are replacements. Generally speaking, the
helmet looks great and all the mechanics work. See the Condition report for specifics. The stand is not included. Our research
shows the Miller-Dunn, at least as far as their MK V production, did not adhere to standardized procedures. This resulted
in a wide variation as to what will be found when comparing one of their MK V hats to another. For example, it is well known
that many of their helmets do not have serial numbers on their neck rings. The way they stamped the brails was inconsistent.
Some were marked “front-back”, others “front-rear”, but all seem to have been stamped with the serial numbers. The index mark
on the front of many hats were omitted, and in 1943, the first year they made them, both elbows had a gusset or knee on the
underside. This seems to have been discontinued in 1944. A unique feature that only Miller Dunn has is their brails are interchangeable front to back.

The brails are marked on the bottom, “front or back” and all with the number 2XX. Above the tag is stamped, E 7006 made with
a slug rather than individual stamps. There are no markings on the neck rings. The check valve is marked Schrader and has the Navy Inspector’s stamp.  There is an index mark on the lower ring, but not on the upper.

It should not be dived without having passed inspection by a certified
dive shop.

Inside of breast plate with front to right

The lead tag is in excellent condition. There is an old repair to what may have been a crack in the breast plate just above and behind
it. The break was brazed from the backside and done as a field repair. A close-up and also the underside of the full breast
plate is pictured. When the helmet is viewed normally this looks to be normal wear and tear or goes un-noticed. The spitcock
handle which is distinctively a bottle shaped Miller Dunn’s handle is bent. The glass is all intact. The top glass and
the left glass are replacements, The front port glass has a small abrasion on the front which may have been done by the flame
of a torch. The top guard and the left guard and some of the screws and nuts are replacements. There is no speaker. All the
brails and vents are intact and original.

The dark finish tends to mask the few dents of moderate size none of which are deep. Consequently they don’t
show in photographs. The largest dent is 1” x 1.75” directly behind the top front port. It has a depth of about
1/4”. Back from it is a small dent too small to talk about and finally there is a dent between and above the two rear
elbows. It is circular with a diameter of 1.25 inches and shallow. There are the usual scrapes and handling abrasions.
This helmet comes from the estate of a WW II Navy veteran who received it as a gift after the War from a Navy diver friend
with whom he served with at Guam, a Pacific atoll. It has been in his, and his family’s possession until now.

MILLER-DUNN HISTORY IN BRIEF: The Miami, FL. company was founded by William S. Dunn and William F. Miller around 1914 with a focus on shallow water diving. Its first helmet of consequence was the No 1 Divinhood introduced around 1914. was
followed by the Style 2 Divinhood for the U.S. Navy’s which was their first official shallow water diving apparatus. With
the outbreak of the War, the company made the ubiquitous Style 3 to U.S. Navy specifications in large numbers taking most
of their production capacity. For this reason, starting in 1943, they were able to make only a few of the MK V helmets and
accounted for only about 17 percent of the 7000 MK V helmets that were made by Morse, Schrader and DESCO combined. After the
war their business fell off, and they were forced to close around 1963.

Right side with banana exhaust 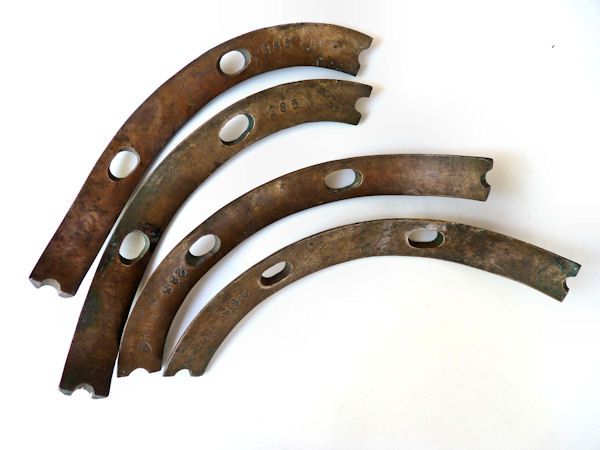