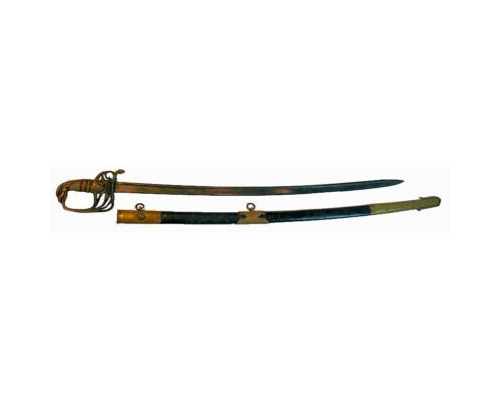 RARE NON REGULATION AMERICAN EAGLE HEAD NAVAL OFFICER’S SWORD Ca 1835 – 1842 As Documented in Numerous Reference Books! Presented is an American treasure, an outstanding example of a naval officer’s sword with pipeback blade, which was the type of weapon that was carried by senior officer’s that could afford the finest. This one has an non-naval scabbard which has […] 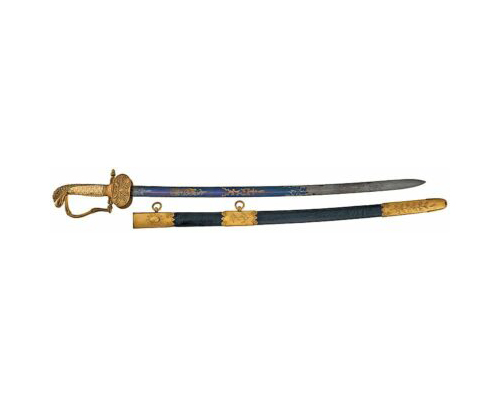 As seen in the table below which measures the size of the Navy’s Officer Corps, this is an extremely rare example of a 19th Century M1841 Naval officer’s Regulation hilt and scabbard. There are very few of these outside of museums such as at the US Naval Academy in public hands. Therefore, it presents […] 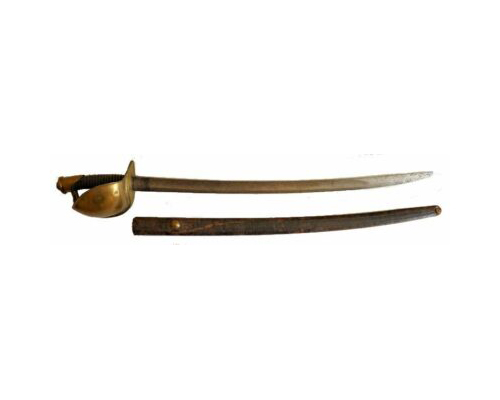 Ames Civil War Service 1860 Naval Cutlass Dated 1862 & Scabbard Presented is an Ames Civil War M1860 cutlass dated 1862 with its original scabbard. This is a big plus since many found with these weapons are reproductions. This one has the rarely seen Star imprint on the final rivet which adds to its importance. Like many swords […] 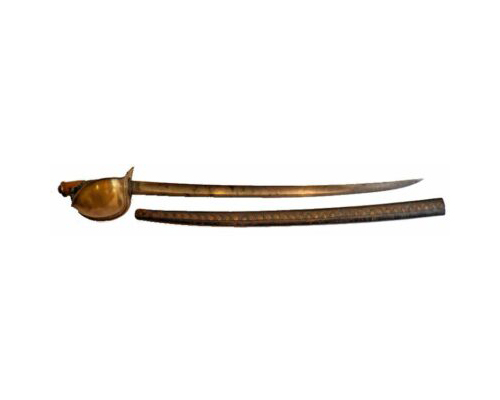 Again Authorized for CPO’s Presented is an Ames Civil War M1860 cutlass, dated 1862, without the maker’s imprint on the reverse ricasso or an Ames serial number, but the hilt shows extensive use.  Except for the missing maker’s imprint and the lack of inspector’s stamps, and serial number, this is an excellent example of this most desirable collector’s sea service […] 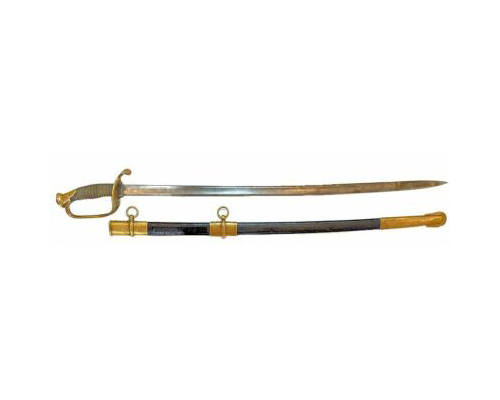 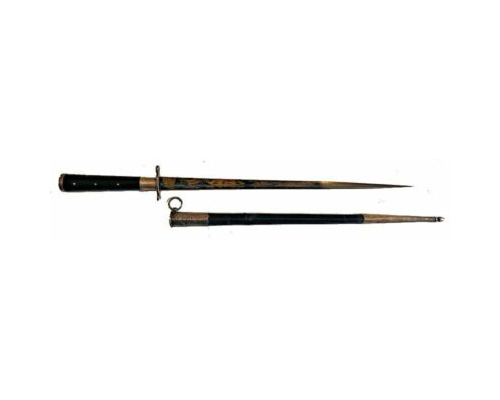 Presented is a beautiful, high grade, Fighting dirk with a prominent Blue enamel pommel cap having a cartouche of intertwined USN initials. The triangular blade could have come from an English short sword or it may have been originally made as a dirk with the scabbard and blade dating to Ca 1790.  A typical Navy officers’ dirk would normally […]

French Model 1833 Cutlass ‘Le Sabre d’Abordage’, (Sabre De Bord or Boarding Cutlass) Presented is a pristine French Model 1833 cutlass and its original leather scabbard, both in outstanding original condition.  It is signed in 19th Century script on the spine, “Manufe Rle de Chatellerault 9 (?) 1838”. On the obverse ricasso is a sharp inspection stamp of a […] 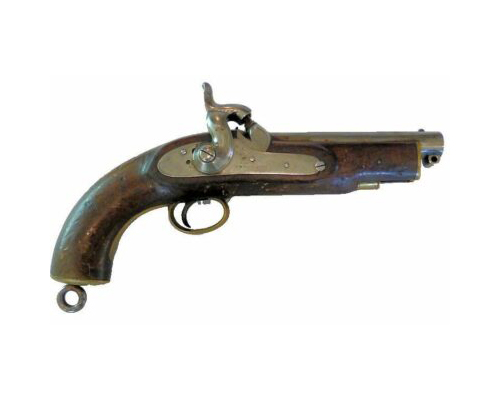 ROYAL NAVY PATTERN 1849 SEA SERVICE PERCUSSION PISTOL Excellent Condition  It has been six years since we have been able to offer a Sea Service pistol from the Tower of London Armory of this high quality. Presented is a very rare British Admiralty Sea Service Pattern 1849 percussion cap pistol in .50 caliber with an abundance of Crown […] 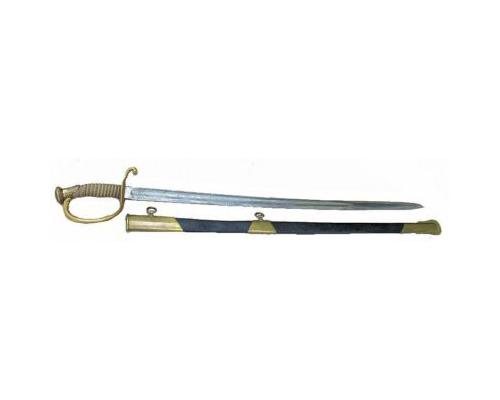