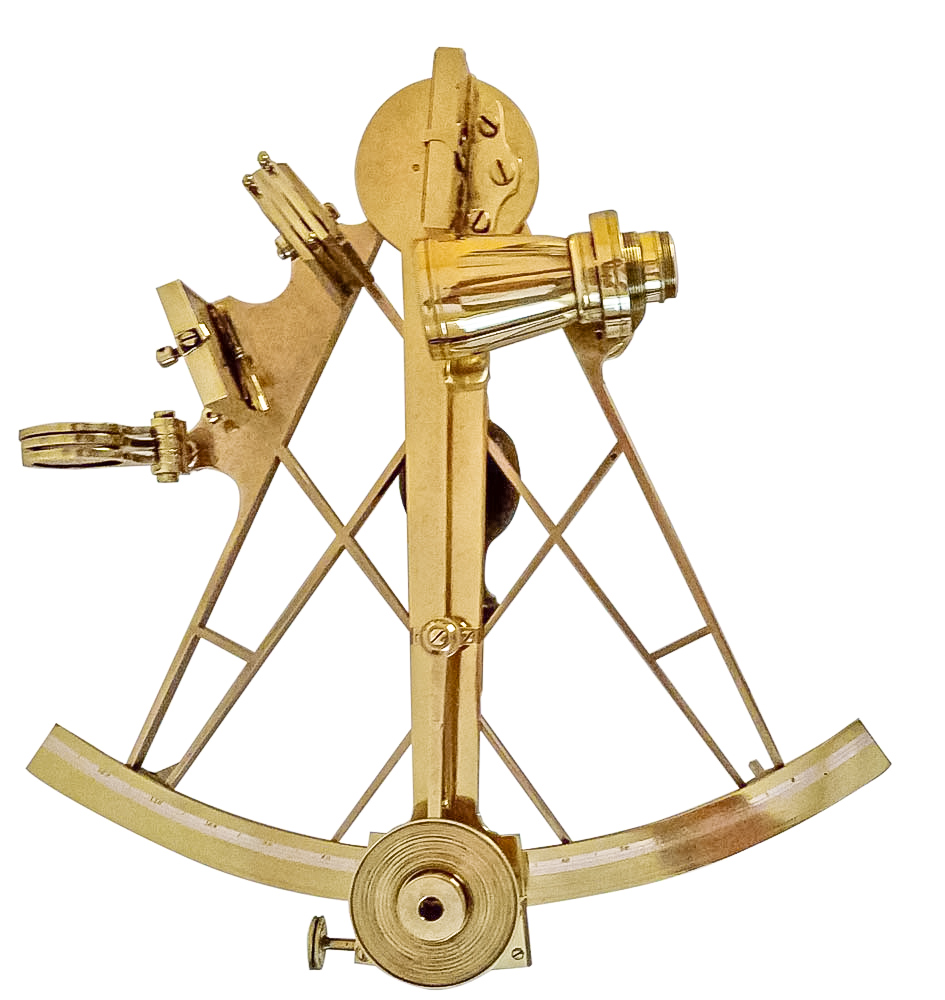 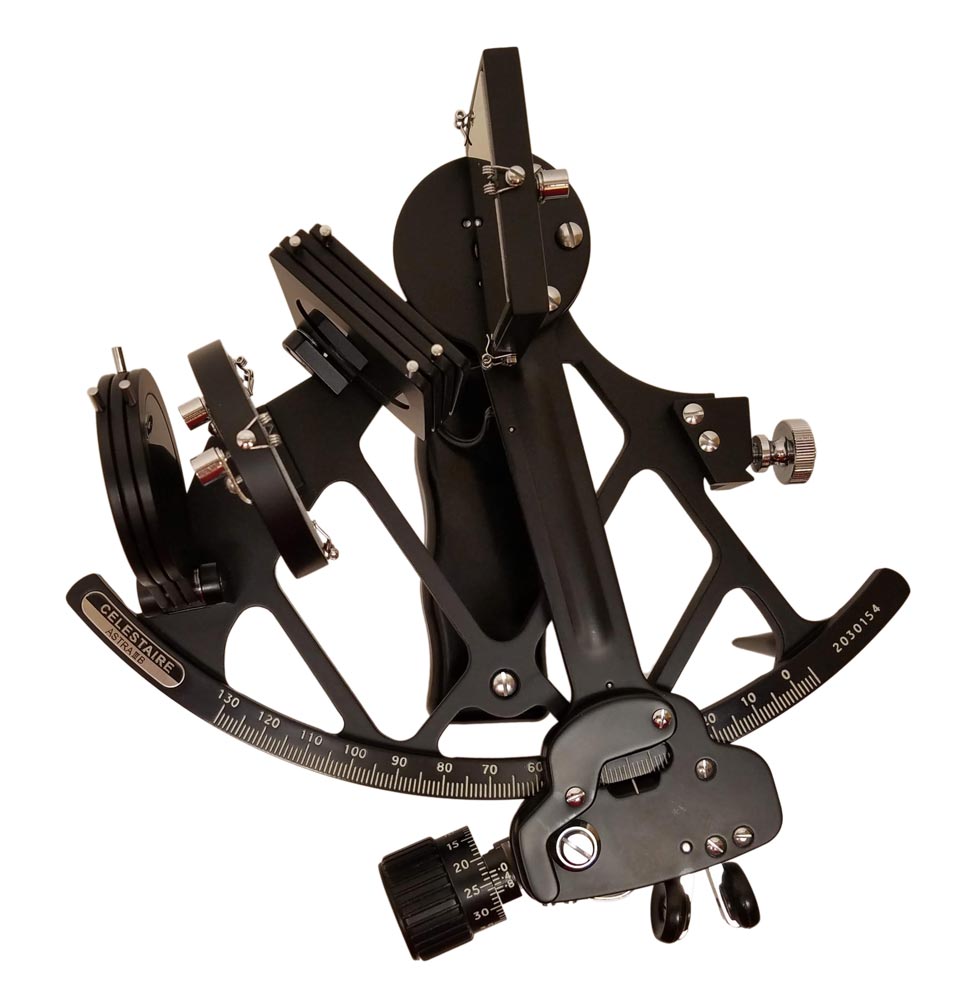 Astra III B Sextant with Traditional Horizon Mirror     This fine new instrument came to us from a gentleman who received it as a gift, but never had the opportunity to use or work with it.  Consequently, it is in all of its original packaging with booklets, paperwork, etc.  The only difference between this […] 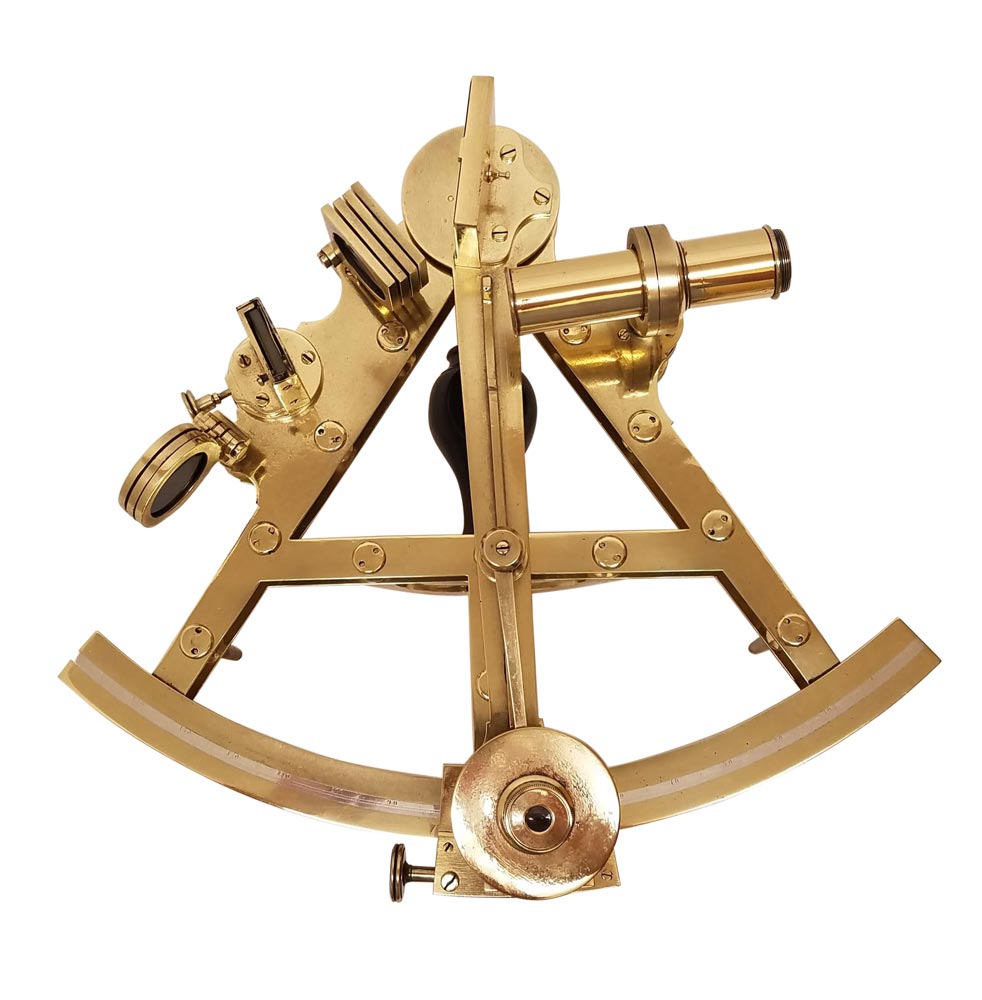 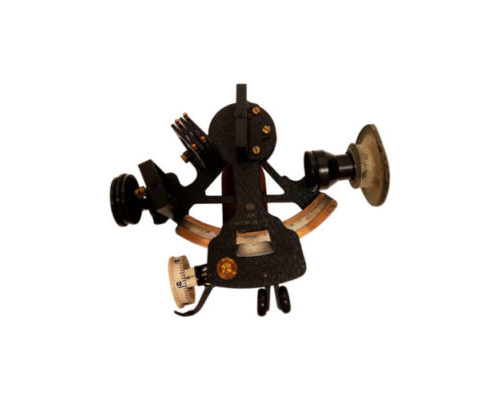 BRITISH AIR MINISTRY Henry Hughes & Son Miniature Sextant 1941   An opportunity to own a very fine miniature sextant by Henry Hughes & Son, Ltd. dated 1941 with Serial No. 28125.   PRESENTED is another gem of a micro-mini tiny sextant that has a radius of arc of only 3 1/2 inches, but has large size […] 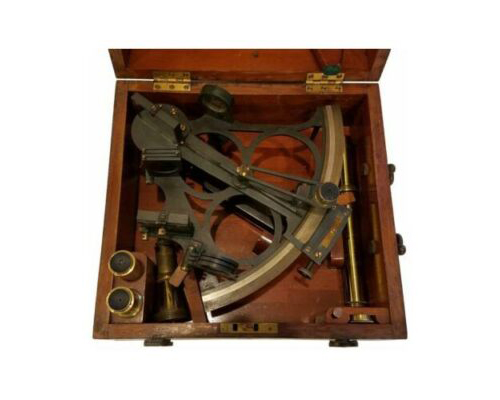 FINE EXAMPLE OF A TURN OF THE CENTURY SEXTANT/QUINTANT Attributed to Frodsham & Keen Presented is an antique quintant, meaning a sextant having a range of 144°, or an arc of 72°. We are attributing it to Frodsham and Keen of Liverpool, England, around the Turn of the 20th Century. There is a completely identical […] 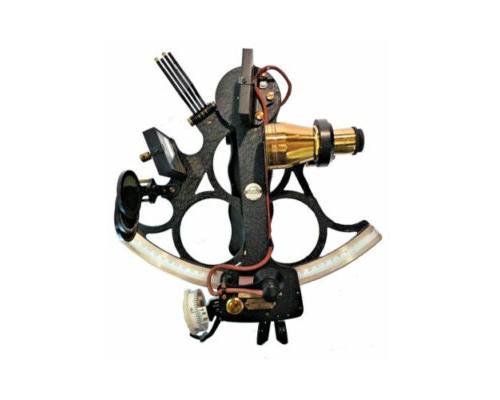 LIKE NEW PRESENTATION QUALITY HENRY HUGHES & SON THREE RING SEXTANT Former Property of CAPT. P.V.H. Weems, USN PRESENTED is a Henry Hughes Three Ring sextant in like new condition that was purchased by then LCDR P.V.H. Weems, USN-Ret on 11 April 1940 for the Weems School of Navigation. Weems is the famous award winning celestial navigator that authored […] 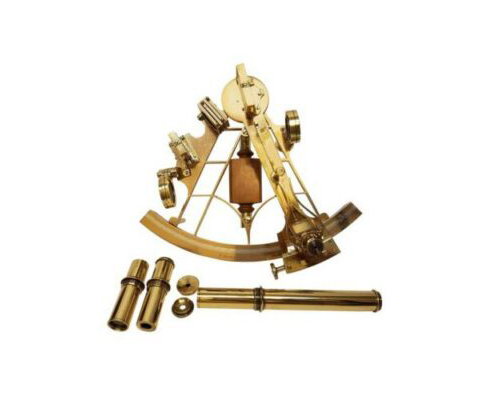 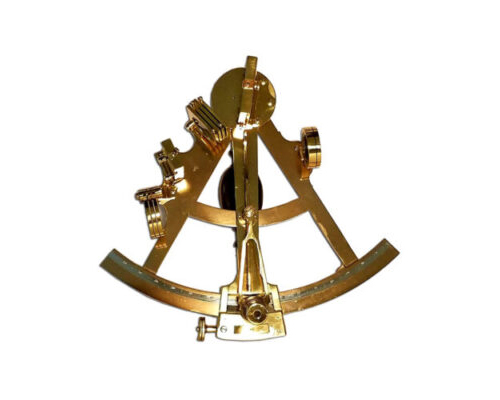 FAMOUS MAKER J W NORIE & WILSON EARLY ENGLISH SEXTANT/QUINTANT CA 1850 PRESENTED is a very rare sextant, and one which will appeal to those familiar with the history of navigation. It was made by John William Norie (1772-1843), a mathematician, hydrographer, chart maker and publisher of nautical books, most famous for his Epitome of […] 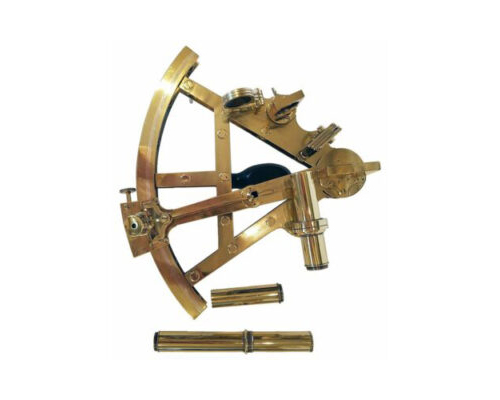 FAMOUS “WOMEN OF SCIENCE” MAKER JANET TAYLOR EARLY ENGLISH SEXTANT CA 1830s PRESENTED is a very rare sextant that we believe can be attributed to Janet Taylor, one of only two women involved in the developing science of celestial navigation in the 19th century. This is an important instrument that will appeal to those familiar […] 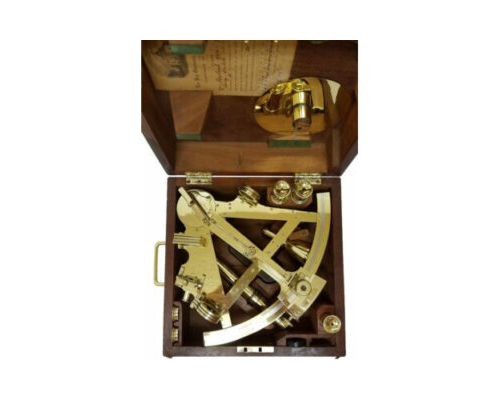