Pewter Sculpture "Fire at Will "<br> by Peter Jackson 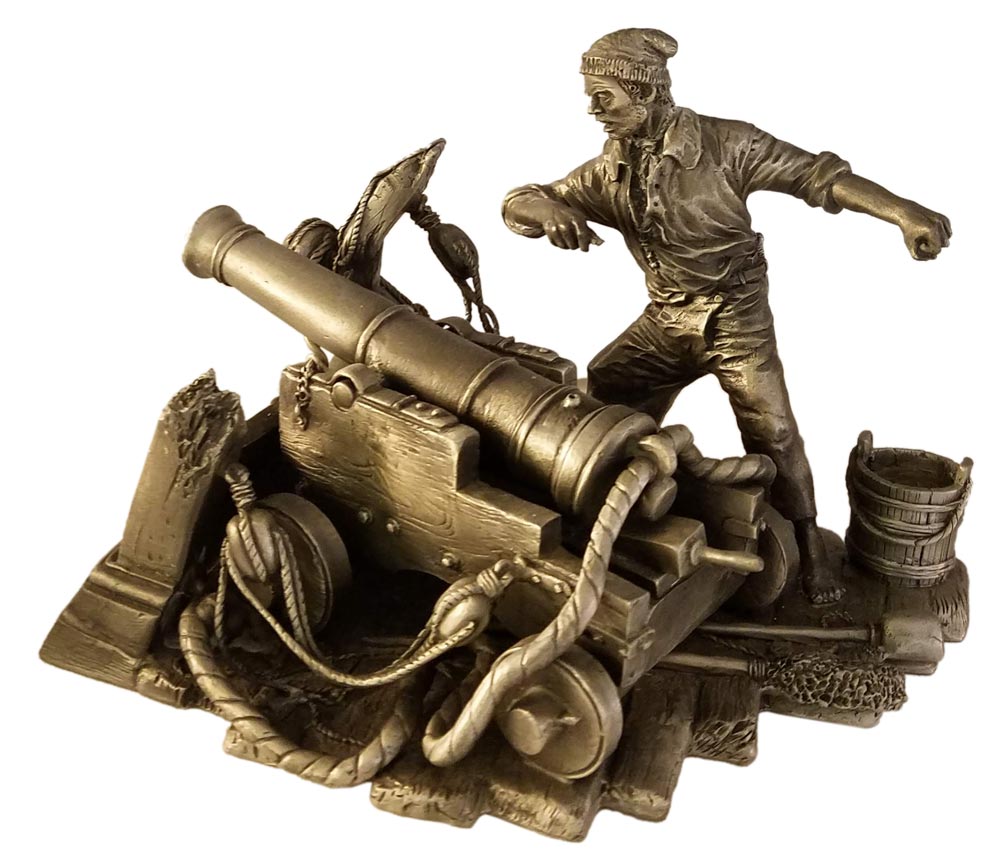 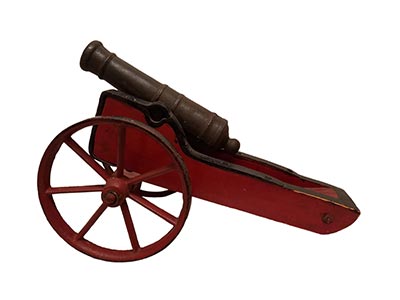 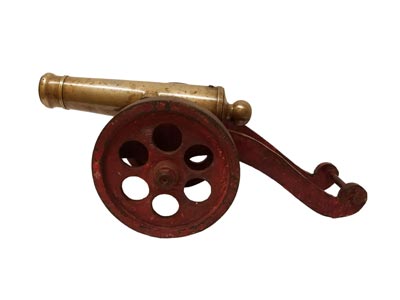 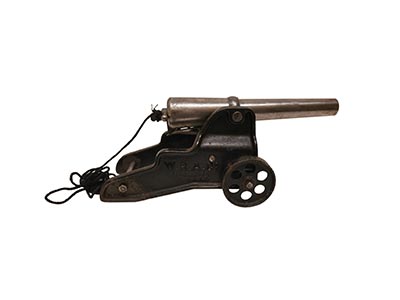 Winchester Signal Cannon   Presented is a handsome Winchester Arms Model 98, Steel and iron, Signal Cannon. The 10 gauge, Winchester Model 98 Breech Loading Signal Cannon was designed and patented by Charles H. Griffith for the Winchester Repeating Arms Company in 1901. The cannon debuted for sale in the March 1903 Winchester Catalog. The […] 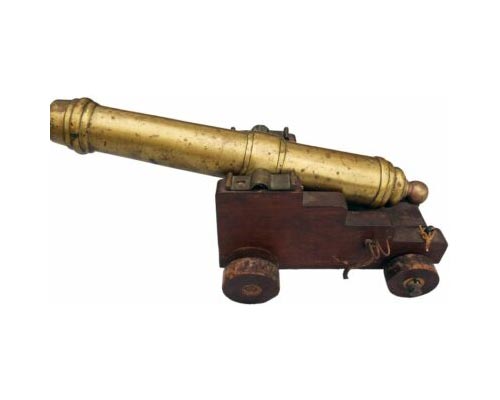 Bronze Signal Cannon Naval Style Carriage 18th Century Smaller size cannons such as this were used to signal other ships to pass orders and information, to salute other vessels in passing, to sound a mutiny, and in time of fog, as a distance-off signal. Presented is a fine cast bronze cannon of the type that […] 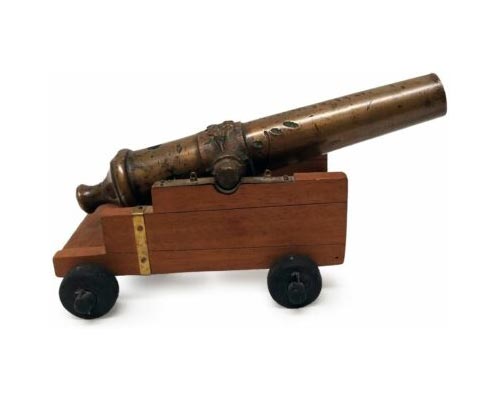 MINIATURE BRONZE CANNON on Wood Naval Style Carriage   Presented is a bronze barreled miniature signal cannon mounted on a simple naval type carriage. The trunnions are placed below the center line of the barrel which indicates that it was likely made prior to 1725. The canon shows lots of dings and abrasions indicating some […] 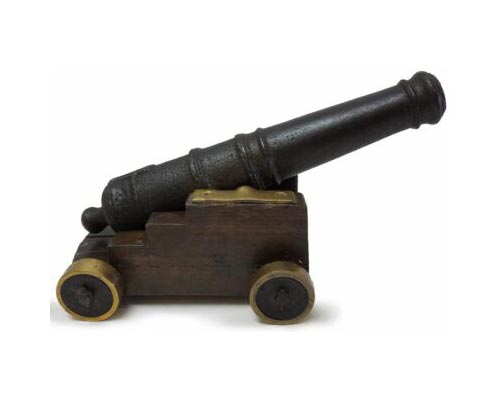 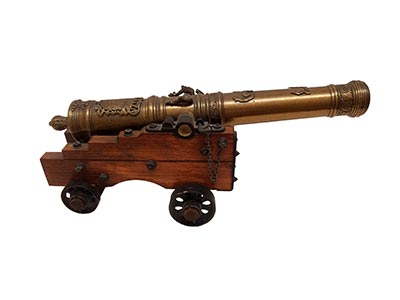 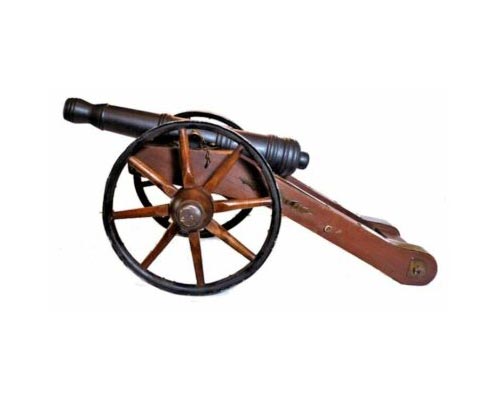 REVOLUTIONARY WAR PERIOD 6 POUND FIELD MINIATURE CANNON This is one of the nicest and unique antique miniature signal cannons we have seen.  The workmanship is excellent. This cannon has a foundry made tube mounted on a hand crafted wood 6 Pound Field Carriage as used in the Revolutionary War. The barrel is possibly an experimental […] 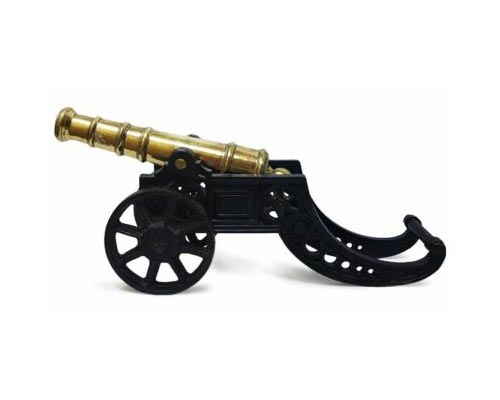 Victorian Cast Iron Bronze Signal Cannon Signal cannons were used aboard ship and ashore to make salutes, to warn of danger, and to attract attention in the case of an emergency. They were also used to start yacht races. These cannons were generally cast in the style of the period to which they belong.Presented is […]