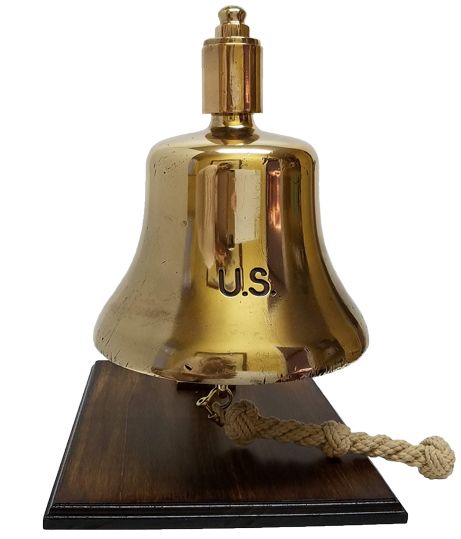 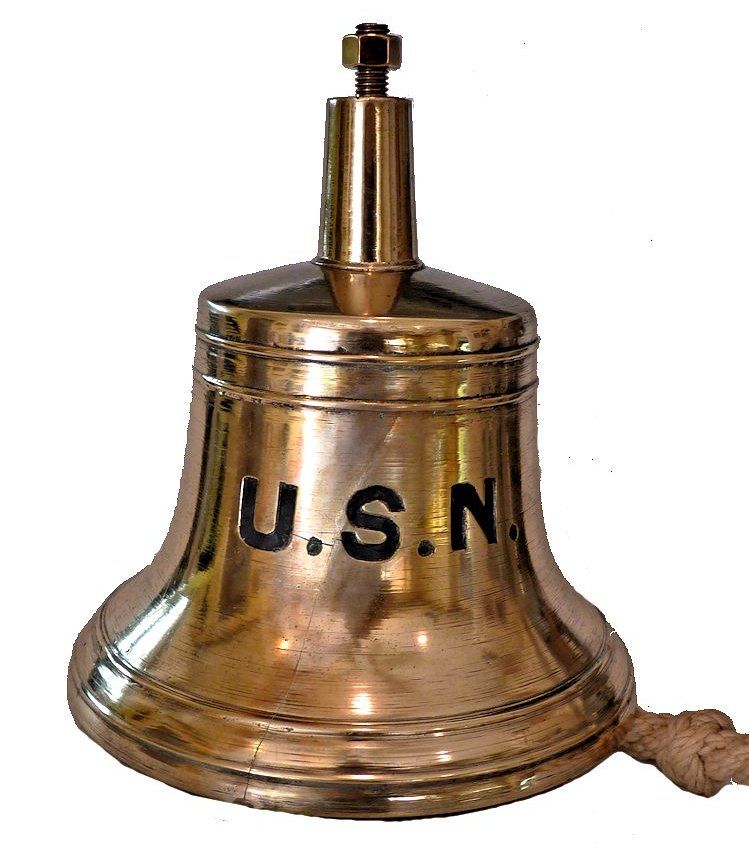 Repaired Crack   PRE WW I Polished & Lacquered Bell    Presented =left>is a very rare Ca 1900 Navy bell with the signature double bands that signify its age. Unfortunately, it has a crack in the front that runs from the lower band down between the U. S. all the way to the rim as can […] 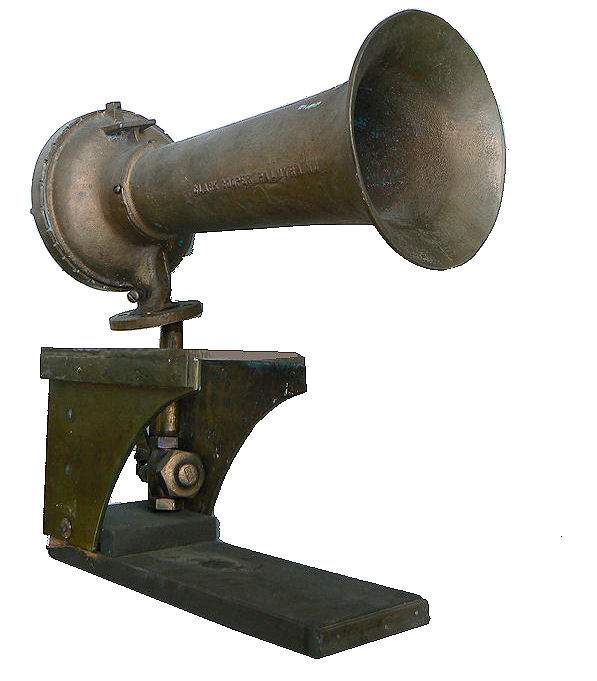 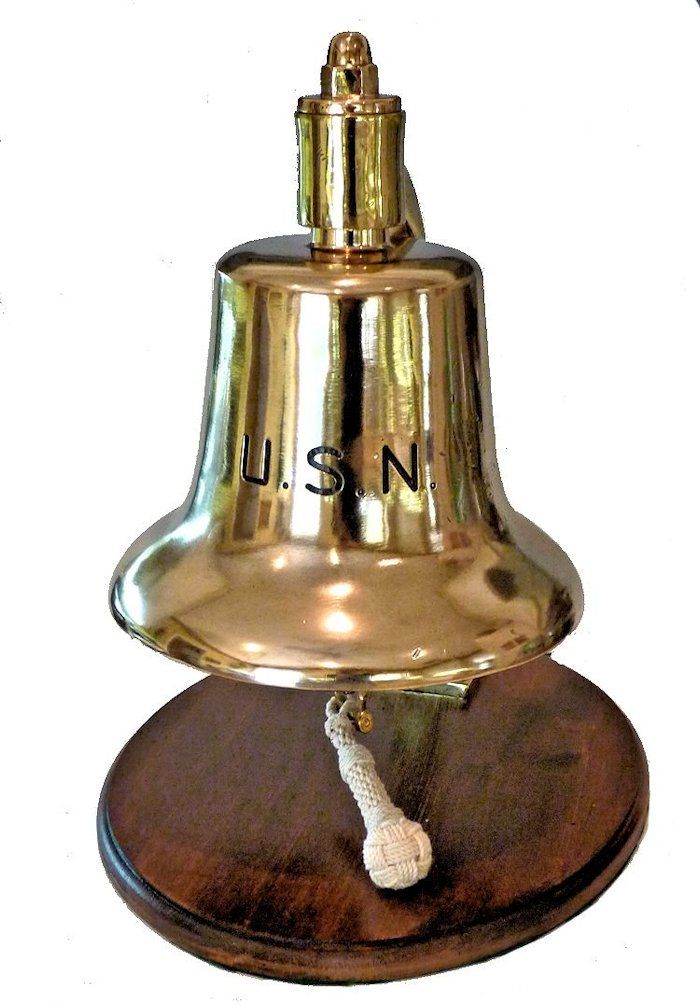 WW II Polished & Lacquered Bell  Presented is a Circa World War Two (WW II) U.S. Navy “Foredeck” bell which comes with a fancy macramé bell rope, and is mounted on an oval hardwood stand. It has its original clapper and inverted “J” bracket and the special combined one piece nut and washer that secures the […] 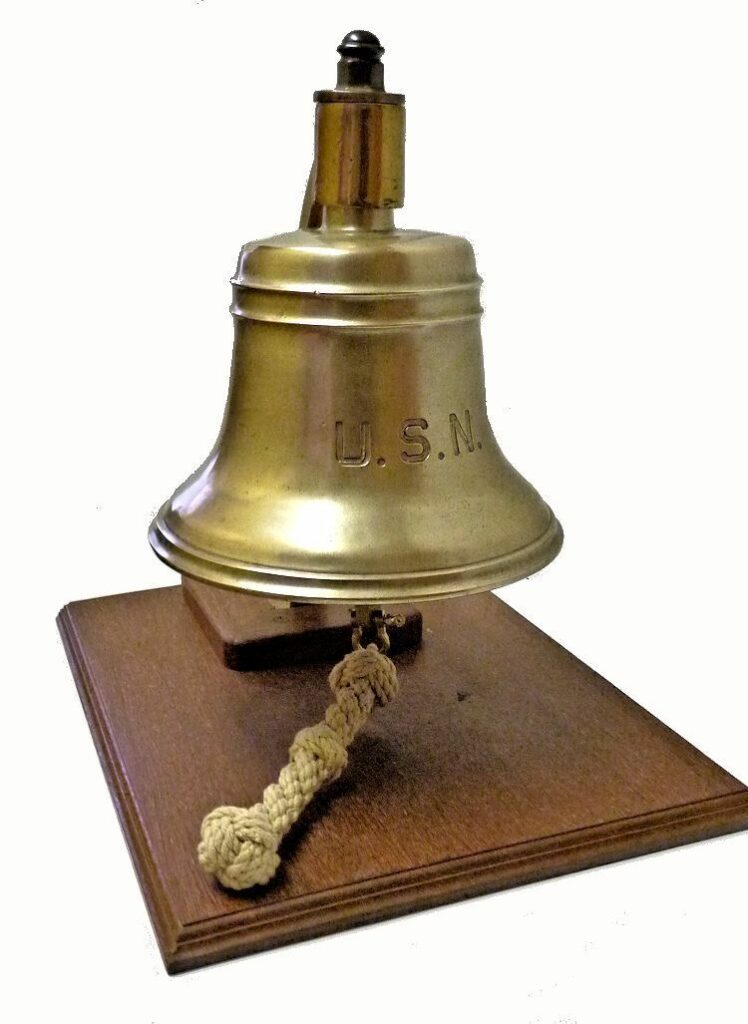 FROM THE COLLECTION OF A NAVY JUNIOR Presented is a great looking Navy bell that we originally sold in 2011 to one of the members of a Navy family in which four generations have seen Navy  service. This is the pedigree it has acquired: Current seller’s “Dad was a 37 year Navy veteran – an unabashed black-shoe, […] 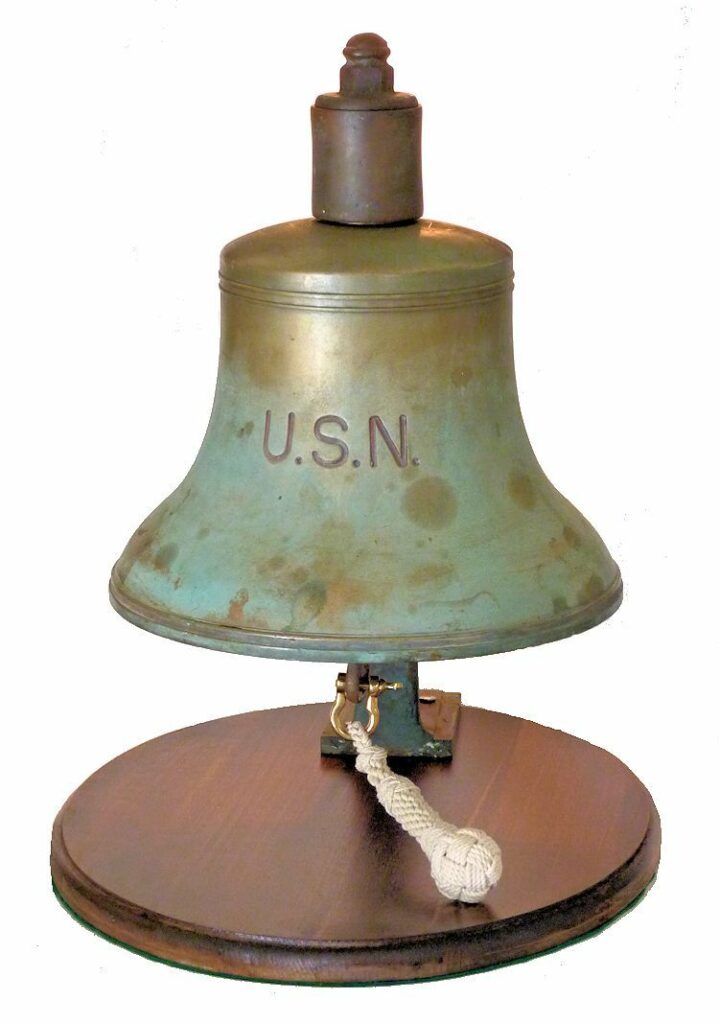 FROM THE COLLECTION OF A RETIRED USMC OFFICER Presented is as interesting a Naval bell as you will ever see. Based on its design, we date it to around the time of World War One (WW I).  There is no record of where it was used, but it was acquired by a retired US Marine Corps officer […] 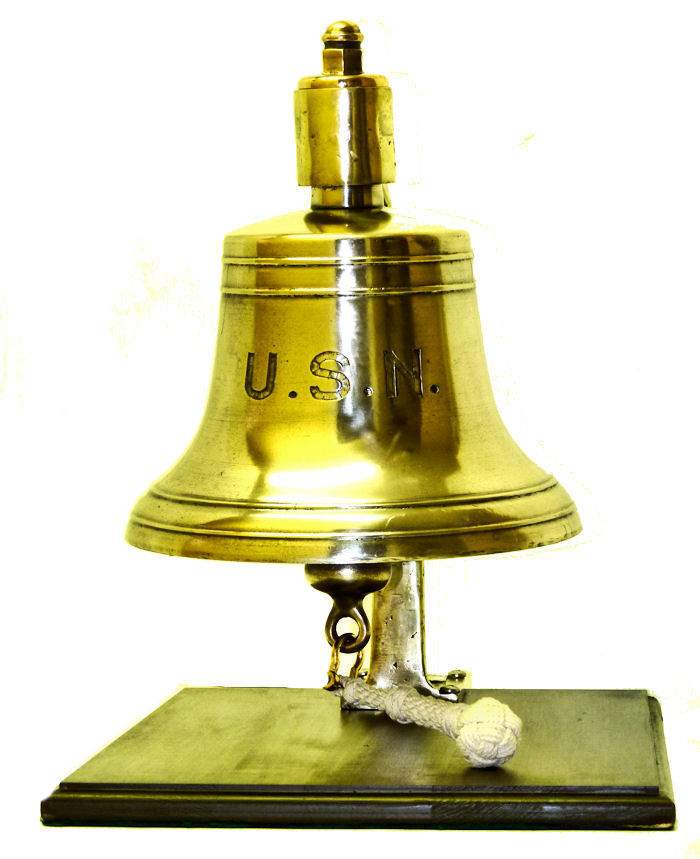 Presented is a very early “Foredeck” bell complete with its original clapper. The sets of two ribbed bands at the top of the bell and the two bands at the mouth circumscribing the crown dates it from before the turn of the 20th Century or earlier. The nut and clapper are original, and the fancy bell rope […] 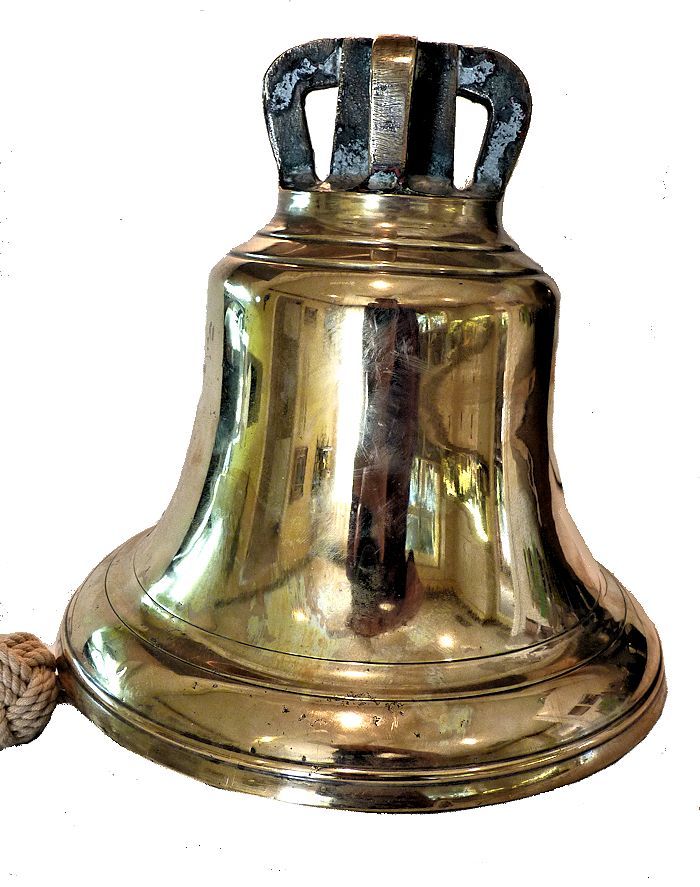 Presented is a beautifully proportioned Royal Navy bell which most likely was in service on the bridge or quarter deck of a smaller ship. It is unnamed and and does not have the Broad Arrow mark. However, the classic Royal Navy crown at its top shows the remanents of grey paint, and the inside rim […] 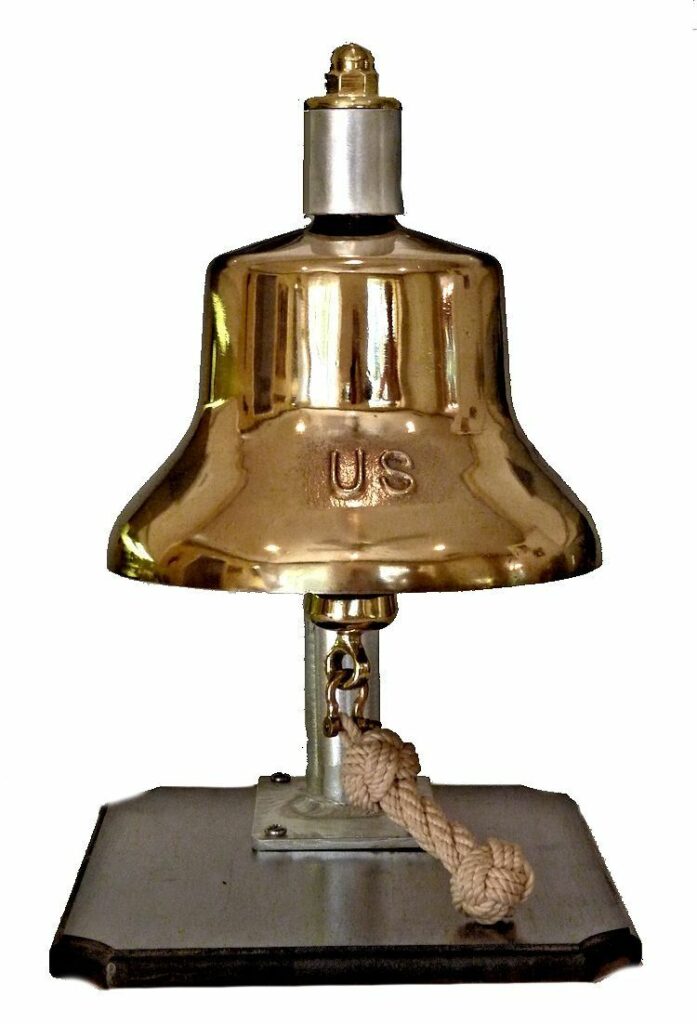 Newly Fabricated Inverted Aluminum Bracket   Presented is a post WW II Navy and military bell that is mounted on a newly made WW II style inverted “J” foredeck bracket. The bracket was fabricated by our shop in aluminum as a substitute for the cast brass brackets of the same shape which were the original. At this point in […]