Brass Mushroom Style Small Boat Binnacle by E.S.Ritchie Presented is a lovely early-period small boat brass binnacle, the perfect size for office, den or any nautical interior. It is a working compass so would also be adaptable to offshore use. Although there are no obvious manufacturer marks on the housing, we’re confident that the ES […] 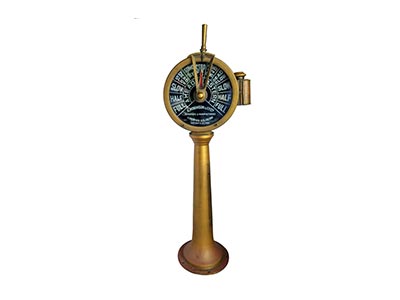 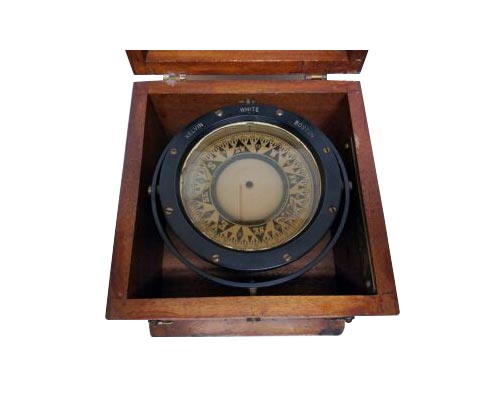 Kelvin & Wilfrid O. WhiteCompass Corrector This is a very unusual find and will make an interesting addition to anyone interested in compass technology DIMENSIONS: Base 9″ x 9″ Case 9 ¾” x 7 ½” x 7 ½” Compass card: 4″ Dia Weight: 8 lbs. 7 oz Presented is a rare example of a finely-cased […]

SMALL BOAT BINNACLE BY STAR COMPASS COMPANY OF BOSTON CA 1905 Presented is a small early American binnacle by Star of Boston. We are thinking early turn of the 19th century. The only markings on the case are a large “5” on the inside of the front door. The compass, which is  swinging freely, is […]

BEAUTIFUL SKYLIGHT BINNACLE WITH KEROSENE BURNER AND STAR PATHFINDER COMPASS Presented is an exceptionally beautiful skylight or cathedral binnacle in excellent condition considering its age. The compass is a Star Pathfinder of the Star Compass Company of Milton, Mass., as noted on the compass card. Due to its elegant design, we believe this binacle was […] 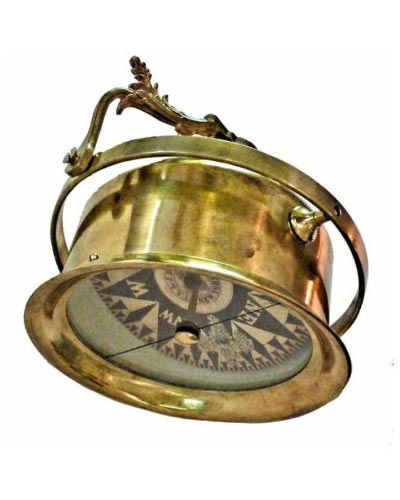 ANTIQUE NEGUS DRY CARD TELL TALE COMPASS Ca 1880 Shown Above in Overhead Position & Below as it would Display. Outstanding Original Condition: Telltale or tell tale compasses are one of the rarest found. This one is a perfect example of a mid 19th Century captain’s cabin compass. It has a special dry card for viewing when it is […]